The much anticipated Disney Infinity Infinite Crystal range of figures are now available to pre-order in Australia through selected retailers. 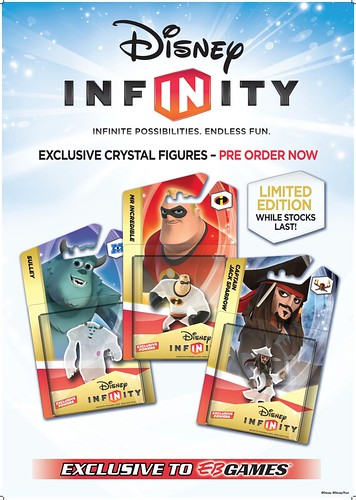 Both EB Games and JB Hi-Fi will be stocking the Infinite Crystal Series, with each retailer given exclusive rights to a range of figures.

Starter Pack characters Sulley (Monsters University), Captain Jack Sparrow (Pirates of the Caribbean) and Mr Incredible (The Incredibles) can be pre-ordered exclusively via EB Games, both in-store and online via the link here: https://ebgames.com.au/any/any?q=disney%20infinity%20crystal.

Mr Incredible Infinite Crystal Series figure
Mr. Incredible is out of retirement again and dedicated to saving the world. Use his super strength and super combo attacks to vanquish villains.

JB Hi-Fi will be stocking Infinite Crystal Series characters Lightning McQueen (Cars) and The Lone Ranger (Lone Ranger), both exclusively available via the retailer but only online at: http://www.jbhifionline.com.au/support.aspx?post=1&results=10&source=all&bnSearch=Go%21&q=disney+infinity+crystal&submit=Go. 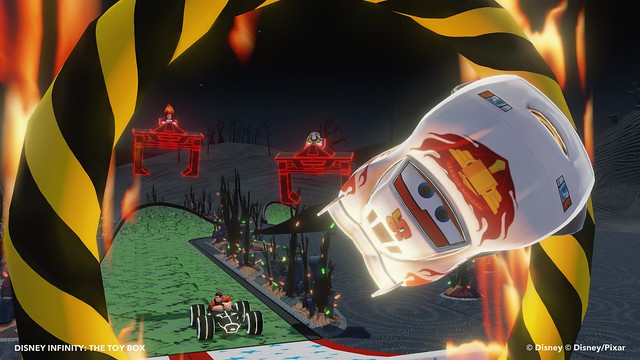 Lone Ranger Infinite Crystal Series figure
There’s never a dull moment playing the smart-shooting, mask-wearing dealer of justice. Use your climbing, riding and bullet-ricocheting skills to win against the odds.

Infinite Crystal figures are rare and limited in number. From what I’ve been told, they will be extremely limited so pre-order or miss out in a sea of disappointment. Don’t say I didn’t warn you.

Figures will be available from October 31st 2013, which coincidentally in the same day as Halloween and the launch of Jack Skellington.

The Legend of Zelda: A Link Between Worlds 3DS XL Console Coming to Australia & New Zealand