The steampunk city of Dunwall tell a tragic story of its own, having suffered through plague, betrayal and villainy, almost crumbling beneath the weight of the warring factions which sought to rule with an iron fist. It might be considered strange then that this download doesn’t actually feature the afflicted city itself, instead hanging precariously in the ethereal realm of the Void. Dunwall City Trials does at least make solid use of this ‘no restraints’ environment, providing some neat – and often highly challenging – bite-sized stages that may finally give Dishonored the sense of immediate achievement that was missing from its sprawling levels.

The DLC pack is comprised of ten challenge maps, each broken down into one of four sub-genres. Stealth focuses on remaining undetected, Mobility tests your speed and dexterity, Puzzle rewards patient planning, while Combat will test your weapon prowess. Completing each task is no easy feat and while it’s true that some of these events can be short (especially when it comes to the speed runs), mastering them and attaining a high score can seem nigh on impossible to begin with. These are maps that will push your patience and in-game skills to the max, and should you perform well enough then Expert versions can be unlocked for a truly masochistic challenge. Know that you’ll need to repeat each event several times before you’ve worked out how best to proceed, so this content is not for those who tend to play a game just once before shelving it. 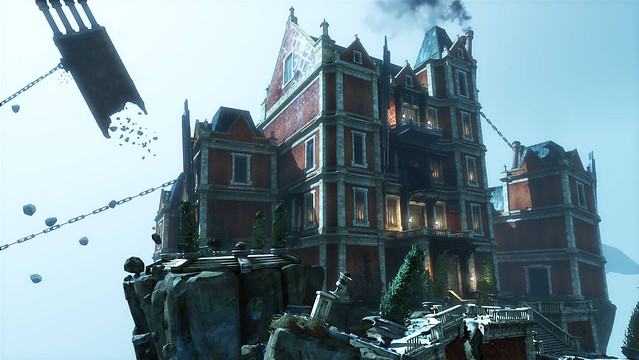 Astute gamers may notice a distinct similarity between this and the challenge rooms pioneered in the Batman: Arkham games, only the dark knight had them bundled into the game for free. The same can’t be said here, and while it’s undeniable that this should have been dished out as part of Dishonored’s retail release, it’s not a steep price for those who enjoy trying to best their own scores – just make sure you aren’t expecting rewards beyond an unwelcome dose of concept art. You’ll be playing for the sheer enjoyment then, and sadly this is where a few of the trials fall flat.

Challenges such as Assassin Run (where you have to charge through a series of rooms armed with a crossbow) and Oil Drop aren’t especially interesting; with the clumsy nature of the gun in the latter putting a real dampener on a challenge already lacking creative flair. Bend Time Massacre is likely to become a firm favourite however, as you survey the rooms before breaking the glass and slaying those inside before time runs out. Back Alley Brawl makes for an impressive battleground, as waves of increasingly tough enemies attempt to take you down. Kill Chain requires you to think on your feet and rip through stationary characters within seconds of each other, making deft use of Corvo’s provided skill set at the opportune times. Burglary is one of the more engaging options, tasking you with low-key item collection where three strikes leads to failure. Mystery Foe is the least forgiving of all, as you must use all your powers and awareness to collect clues without being detected or resorting to lethal force. Whether you scurry around as a rat or dive beneath curtains to evade the guards is up to you. Bonfires is a complete missed opportunity; what could have been a souped-up take on the speed runs of Mirror’s Edge fails badly due to the small area that makes traversal more frustrating than fun.

The presentation of the pack too is something of a mixed bag, with locales that never reach the highs of the main campaign. It’s still a solid looking game artistically, if never a graphical powerhouse, though we have much higher hopes for the story-based content due for release later in the year. Those hoping for an add-on that expands on Corvo’s original tale may have to wait a while yet, but if you’ve ever been tempted to dive in for ten minutes of mystical antics then Dunwall City Trials may just be the download for you. 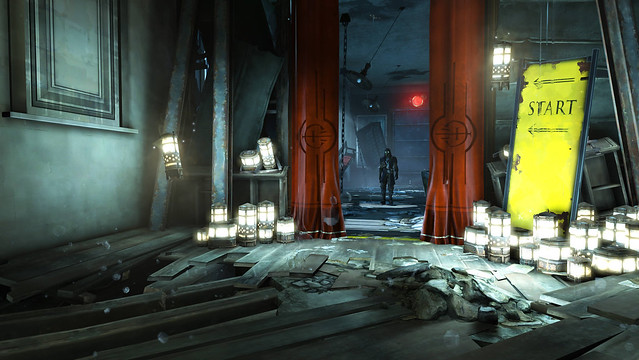 Dishonored: Dunwall City Trials can be downloaded via Xbox 360, PlayStation 3 and PC, priced at $8.45 AUD (or 400 Microsoft Points).