The next digivolution in the Digimon World series

Digimon first burst on to the scene way back in 1997, at the height of the monster capturing craze bought about by a little known upstart franchise called Pokémon a year prior. Since then, the Digimon brand has continued to evolve, retaining a dedicated following of fans. Digimon World: Next Order is the newest title in the long-running franchise that does an admirable job of keeping with tradition while offering something different for newcomers and long-time fans. 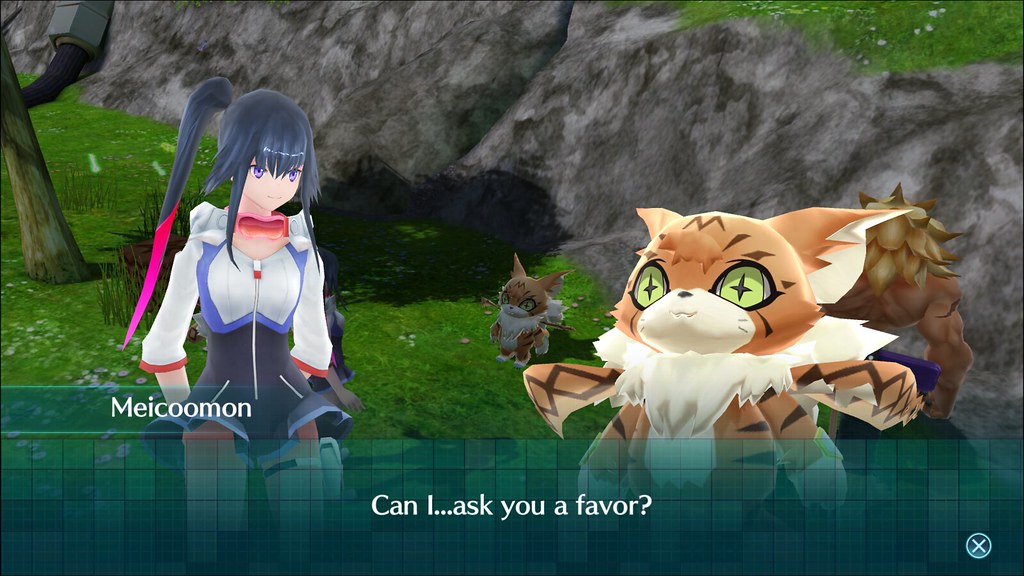 Unlike the recently released Digimon Story: Cyber Sleuth which featured deep story-telling and a battle system detached from its Digimon roots, Next Order is an open world role-playing adventure, keeping much of the same gameplay elements of past titles Re:Digitize, and Decode, all of which inherit similar characteristics of the Digimon World franchise.

The story begins with your chosen male or female character picking up a Digivice, before being sucked into the Digital World under attack by a scourge of Machinedramons. After being rescued by two Digimon (old favourites WarGreymon and MetalGarurumon) from certain doom, you’ll need to journey across the Digital World with your two Digimon partners to find and destroy the source of the Machinedramon invasion, and hopefully figure out how to get back to the real world.

After a brief introduction to combat and what your role entails as a Digimon Tamer, your two saviours revert to their Digi-egg form allowing you to choose your companions who’ll help you rebuild the township of Floatia into a thriving colony for Digimon everywhere. As a Digimon Tamer, it’s your job to get out there and recruit the displaced Digimon back to the village, raising the Prosperity level of Floatia while defeating evil Digimon along the way.

Floatia is your home hub in many ways, where you can train your Digimon’s attributes (HP, MP, strength, speed, etc), and take care of your Digimon’s well-being, but we’ll get to that later. As more Digimon flock to your town, it will steadily grow and expand with larger locales for you to explore. 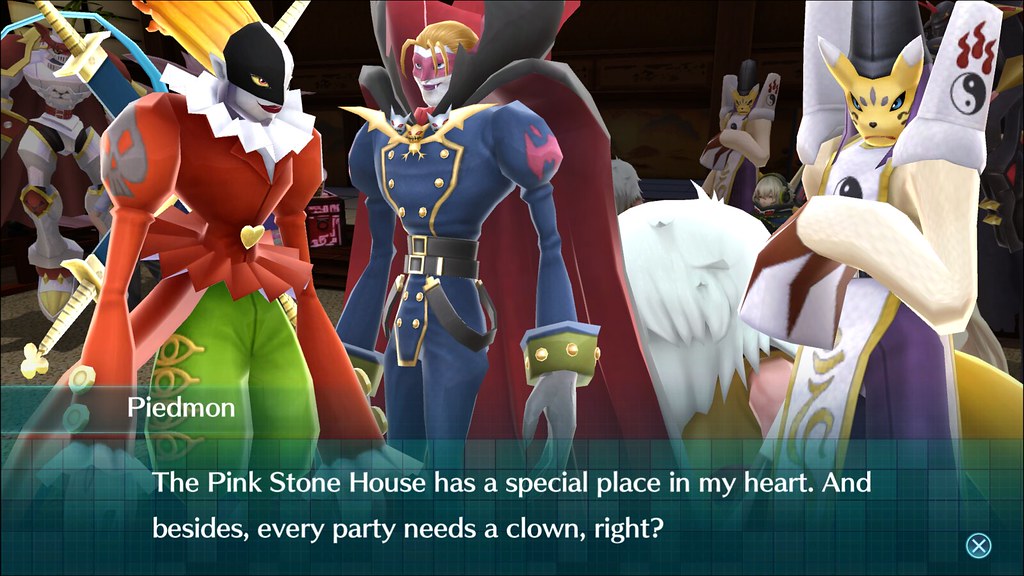 You’ll also need the feed your Digimon when they’re hungry and take them to the toilet when nature calls. Even battling has to be done in moderation as not to exhaust your Digimon into oblivion.

Apart from general improvements in most aspects of the game versus its predecessor, Next Order allows you to have two Digimon partners for the first time in the series. Having twice as many things to do with your Digimon, it isn’t really all that bad if raising Digimon is your kind of thing.

Although you might think having two Digimon to train is just a gimmick, there is a method to the madness with players able to ExE-Volution their Digimon into a single, powerful Digimon. Fans of the series will remember this technique as DNA Digivolution, although I’m not sure why the developers thought a name change was needed but it’s essentially the same thing nonetheless. The mechanic carried over from Digimon Story: Cyber-Sleuth but in my opinion, is better suited for the Digimon World style of gameplay.

Caring for your Digimon compadre goes beyond the basic ‘level up and battle’ of other titles such as the Pokémon franchise. You’ll also need the feed your Digimon when they’re hungry and take them to the toilet when nature calls. Even battling has to be done in moderation as not to exhaust your Digimon into oblivion. It sort of reminds me of the Japanese Tamagotchi digital pets where nurturing is a key mechanic. How much you enjoy Next Order is dependent on whether or not this type of gameplay suits you.

Asides from your two initial Digimon friends, there are over 230 Digimons scattered across the Digital World for you to meet, recruit and interact with so I kid you not when I say there is plenty for you to do.

Players have a degree of freedom in their exploration and the RPG elements of levelling and digivolving your chosen Digimon keep you emotionally invested to your travelling companions, whether you like it or not. It’s hard not to love the adorable cute character before they digivolve into something much more menacing. The formula of growing alongside your buddy will keep you hooked, and I dare you to deny you care about your little Digimon friend. 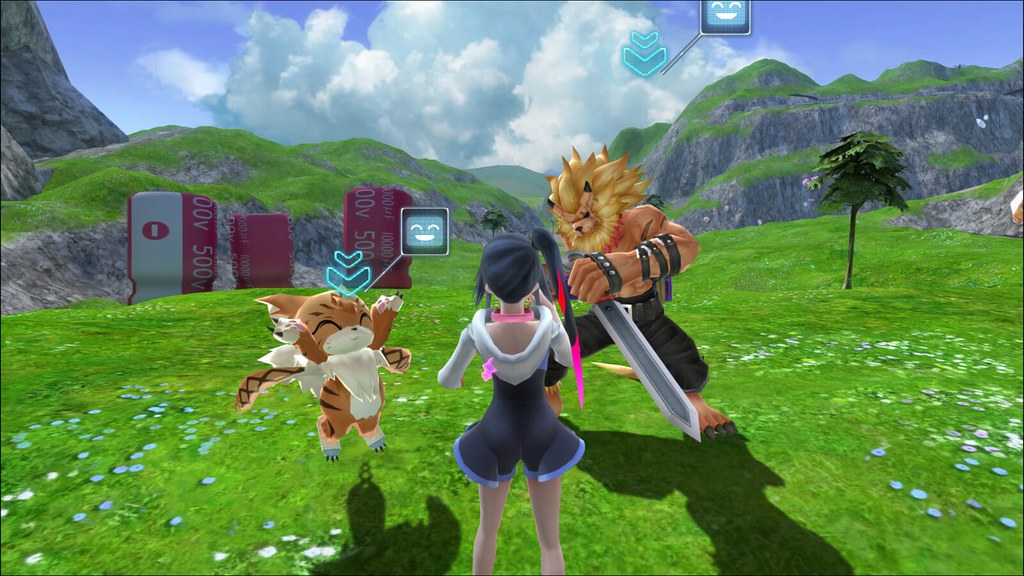 Of course, no matter how good a Digimon Tamer you are, I’m sad to say that your Digimon will die sooner or later, even if you never miss taking them to the toilet.

How your Digimon digivoles is dependent on satisfying particular conditions. Although they may always digivolve into a certain Digimon during a Digivolution, it can branch out into a different digivolution path if there’s a certain Digimon you’re after. For someone that isn’t well versed in the Digimon evolutionary line, it’s mostly a fun game of trial-and-error. You may want to do a bit of light reading to figure out which branch you want to take before embarking on your digivolution journey.

Of course, no matter how good a Digimon Tamer you are, I’m sad to say that your Digimon will die sooner or later, even if you never miss taking them to the toilet. When your Digimon passes, it will revert back to its Digi-egg form with the added benefit of improved base stats. From here, you can start the whole process again and choose different Digimon to train and digivolve. For some players, this will be rather off-putting given the bulk of the game revolves around caring for your Digimon. To have to start back at square one will frustrate some, while others will relish the opportunity and again, your level of enjoyment is reflected by how well you can handle this mechanic.

Combat is another point of contention for some players. Whereas the highly rated Cyber Sleuth was a turn-based gameplay that left you in control, Next Order is more of a spectator sport. When you encounter an enemy, you can select from a range of battle tactics, such as going all out in an MP blitz, or taking a more measured approach with balanced attack and defence. Your Tamer plays more of a support role, increasing your Digimon’s Battle Order that allows them to perform special attacks. It’s more hands-off with most of the satisfaction coming from how well you’ve trained your Digimon before engaging in battles.

Exploring the overworld locations is mostly what you’d expect from a J-RPG, with plenty of different locations in varying sizes to see. Apart from the main storyline, there are side quests that can be completed to grow Floatia, recruit additional Digimon, or just as incentive to help get your Digimon stronger. Graphically I quite like the anime-inspired 3D rendering, even if it isn’t anything that is going to set new benchmarks in terms of visuals. 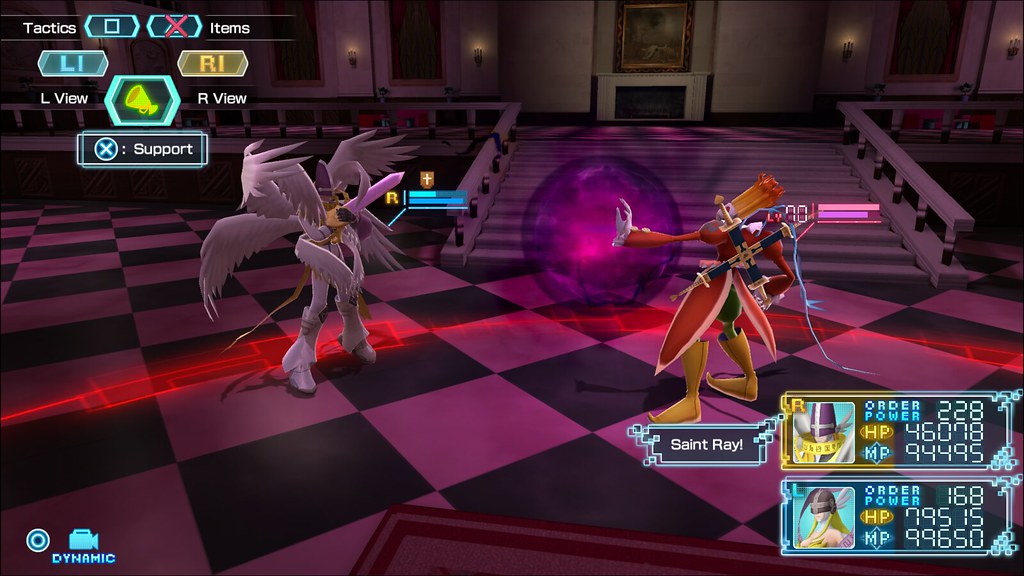 Digimon World: Next Order is bit more of a niche offering compared with Cyber Sleuth. Don’t get me wrong, Next Order is a brilliant game in its own right, but will probably be best enjoyed by those that are already acquainted with the Digimon World series, or has a fair understanding if what they’re getting into. If you’re going into Next Order with a Pokémon mindset, you may be left feeling disappointed, however if immersing yourself in raising creatures on an almost obsessive level is your kind of thing, you’re going to be in for a treat.

Don't get me wrong, Next Order is a brilliant game in its own right, but will probably be best enjoyed by those that are already acquainted with the Digimon World series.

A King’s Tale: Final Fantasy XV & Booster Pack will be available for free