This past weekend, I was lucky enough to sample Bungie’s Destiny and it was a delectable taste at what’s to come this early September.

Bungie are no strangers to producing high quality titles. The development team behind the Halo franchise worked on the first Halo: Combat Evolved, right on through to Halo: Reach before departing ways with their decade long association with Halo in order to tackle something completely fresh and new. Since then, they’ve been diligently working on Destiny, an MMO-FPS-RPG. The string of acronym represents a first-person shooter incorporating massive, multiplayer online components and action role-playing. 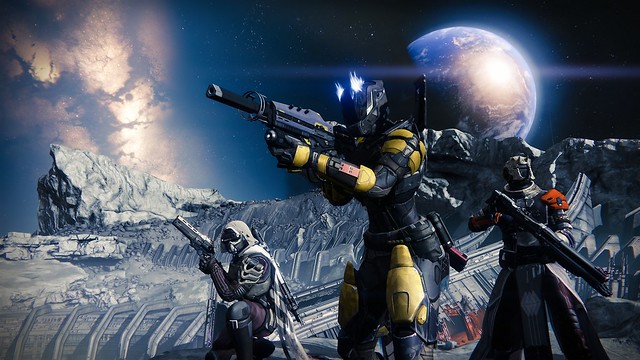 It’s a tall order not many development studios would be willing to venture, but Bungie aren’t the first to incorporate multi-genres into a single gaming experience. Borderlands played with the notion of role-playing and first-person shooting to much critical acclaim. Defiance combined third-person role-playing with MMO to a degree of success. What Destiny does exceeding well is balance all of its genres into a sublime experience, where all the elements are represented in fairly even distribution.

Before continuing, I should note my weekend space odyssey was with the Destiny Alpha build on the PlayStation 4 and despite not being a fully-fledged experience, there’s enough of the gameplay mechanics to access in this preview build to construct an informed opinion. Certain content remains off-limits for the time being, however these details should surface closer to launch.

You may have heard Bungie refer to Destiny‘s meta-universe as ‘alive’, with dynamic events to create unique, evolved gameplay. This is best seen in the social interactions between other players where your campaign experience overlaps with other players on their own missions. It’s very MMO-esque, but also adopts a proponent of Defiance, although perhaps executed far more cleanly. 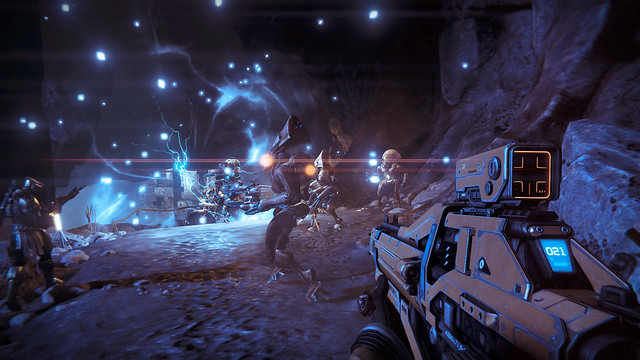 Bungie were smart enough to remove the cash-grabbing monthly subscription to encourage players to adopt the virtual world, as there are no additional outlay costs in the long run. Traditional MMORPGs tend to rope you in and tight you down for the long haul, yet Destiny didn’t feel quite as constricting despite drawing influences from the multiplayer genre.

If you were to mash together the likes of Mass Effect with the stylisized action of Halo, this would be the resulting product in terms of plot and action. Set seven hundred years in the future, humans have spread their wings and colonized planets with the Solar System, ushering in the Golden Age, a period of prosperity. All good things must come to an end with “the Collapse”, shutting down The Golden Age and pushing mankind to the brink of annihilation.

Only a small colony of survivors remain in Earth isolated to the Tower, thankfully saved by the celestial beings known as “the Travellers”. That’s where you come in. As a Guardian of the City, one of the last defenders of the human race, it’s your job to crush all alien threats and reclaim civilization for humanity. 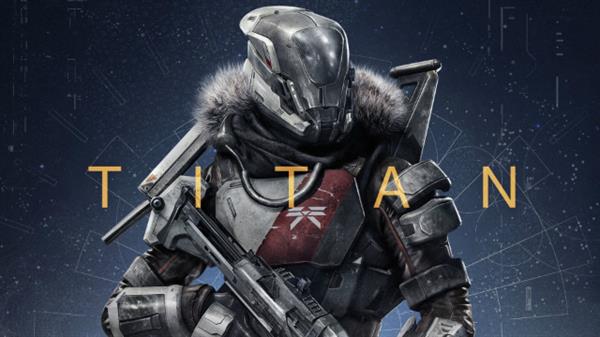 Select between one of three races – Human, Awoken (Elven resemblance), or Exo (essentially Cyborgs) and one of three classes – Warlock, Titan and Hunter before embarking on this mammoth adventure.

Each class plays a specific and obvious role, borrowing heavily from the World of Warcraft book of class lore. Races at this stage offers no additional perk but it could be too early to judge given this is only Destiny Alpha build.

Alpha opens up several Earth missions to experience, culminating with large scale battles and multiplayer integration. You can go it alone in solo quests, however there’s safety in numbers and forming a fire team certainly helps with larger ‘strike missions’, drawing heavy comparison to an MMO dungeon raid.

If you prefer to go head-to-head, the Crucible is Destiny‘s answer to multiplayer arena-style battles with death-match and Capture the Flag modes, however the alpha only allowed access to Control, a 6-vs-6 capture and hold game mode. Winning games here rewards reputation and currency to purchase awesome loot and high level gear back at the Tower, so it’s worth investing a little time here not only from a competitive standpoint. 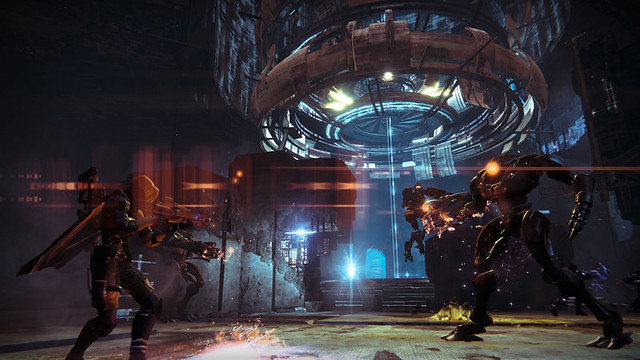 With only a level cap of eight in the alpha build, you’ll quickly find yourself spending a great deal of time at the Crucible once you’ve maxed out your character. Progress is non-transferable from the alpha so best not to get heavily invested at this stage.

Visually a breath-taking experience, Destiny plays to its strengths and churns out highly detailed character models and environments with smooth frame-rates. You’ll find yourself lost and glancing at the screen more than once, particularly while exploring the Tower or wandering the battlefield.

Destiny as a complete package can be difficult to write about, given there is so much packed in to immerse you. The alpha experience is only a small portion of your Guardian’s journey, but it showcases how involved the game can become even from a low level starting point. 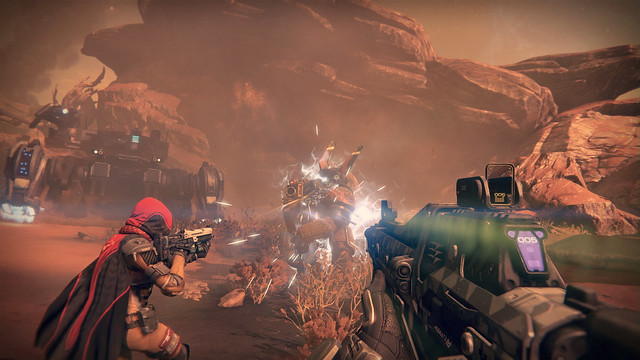 Keep in mind being an alpha experience, Destiny can feel a little thin and sterile, but I can overlook this as Bungie are no strangers to quality. Destiny is still very much in its early infancy stages but so far it’s been a promising sci-fi entry, which is largely missing from next-gen (suppose you could call it new-gen these days) consoles.