Dead or Alive 5: Last Round Review 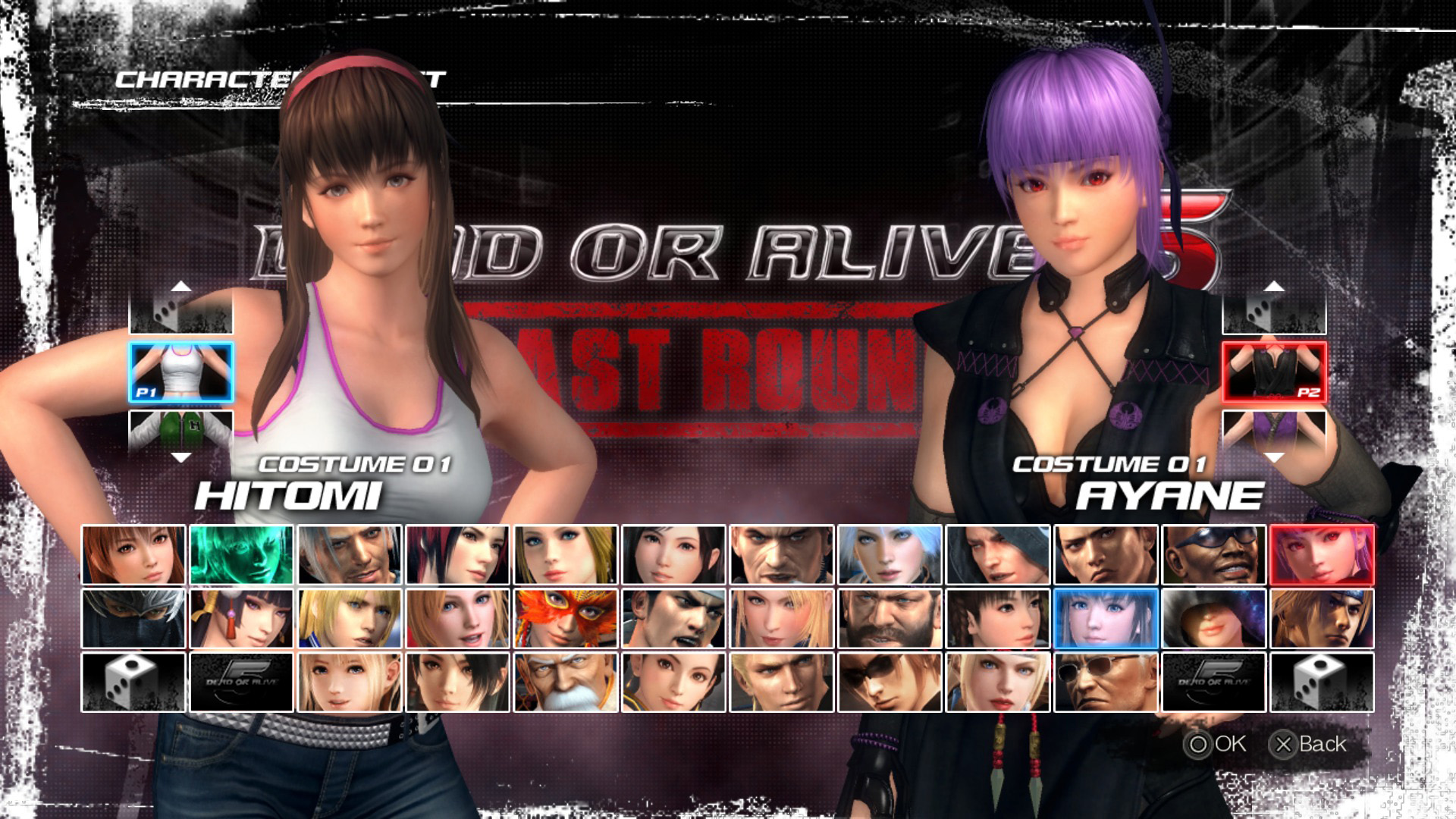 Firstly, the visuals have been enhanced in DOA5: Last Round, now running at 1080p resolution at a smooth 60 frames per second. New hardware has afforded new technologies to the franchise as well, with character models adapting the new Soft Engine, supposedly making for better “softness” in the character bodies. Whether or not this is apparent is open to debate, but it certainly looks and plays smoothly compared with DOA5 Ultimate from my experience.

DOA5: Last Round sees the return of all previous 32 characters from DOA5 Ultimate, as well as the appearance of four guest characters from the Virtua Fighter series (Jacky Bryant, Marie Rose, Nyotengu and Phase-4). There’s a staggering amount of costume available, over 300 to play dress-up with – some being new while others previously only available via DLC. Original antagonist Raidou from the original Dead or Alive title is welcomed back to the fold, as is the introduction of Honoka, an all-new female playable character to the roster.

I like to think of DOA5: Last Round as the new gold standard for the series, a definitive package if you will, taking all the elements from previous titles and building upon them once more. It’s not unusual for beat ’em ups to have revised releases, as one look through the last few Street Fighter 4 updates will attest to. The gameplay hasn’t been drastically altered, if at all, playing just as fluidly as iterations gone past, as you combo your way to absolute victory on gorgeous rendered environments. 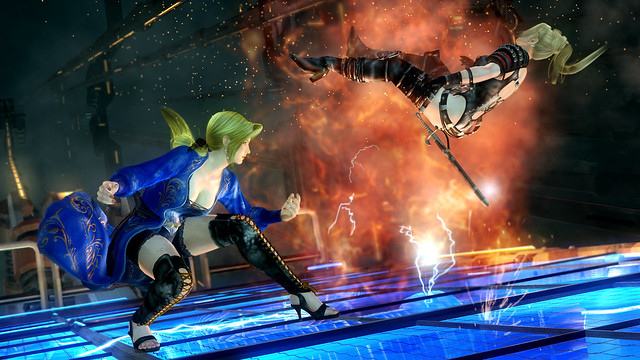 As an early pioneer of the 3D fighting genre, DOA5: Last Round still stands as one of the finer examples out there on the beat ’em up scene, but with rival fighters such as the critically acclaimed Mortal Kombat and Street Fighter series shifting to 2-2.5D plane. It does make you wonder whether or not the series should also be moving in the same direction as player’s taste changes. Personally, I find the side-stepping ability still as enjoyable,

The storyline for DOA5: Last Round can be a tad difficult to follow for those not familiar with the character lore from the previous titles. Taking place two years after the events of Dead or Alive 4, Helena heads the reformed DOATEC (weird name, I know) as she organises an all-new Dead or Alive tournament. Female ninja Kasumi is being pursued by Hayate, Ayane and Bayman as she attempts to track down her evil clone. The continuity of the story telling can feel disjointed for some given events bounces back and forth between characters, leaving it to the player to connect the events taking place within the appropriate timeline.

It’s a similar design much like Mortal Kombat 9, where you connect the dots as character paths overlap upon each other. It isn’t handled quite as well as the plot borders on the ridiculous from time to time. Thankfully the cut scenes are gorgeous to watch, with plenty of female eye candy for its intended male demographic. No matter which way you cut it, sex appeal has always been a close association with the franchise. 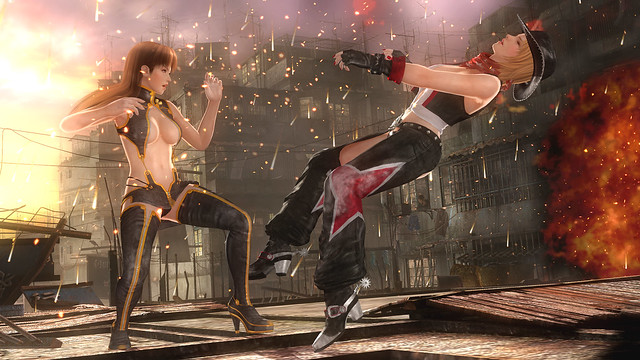 Combat has always been, and still remains a case of simple to learn, but difficult to master. Button scheme essentially boils down to punch, kick, block and throw however the combinations in which you press them and the speed of your execution is what separates a button-masher from a skilled opponent. This easy-to-learn approach separates it from other fighting titles on the market that generally require greater learning and aptitude to advance further up the food chain.

Hard-core beat ’em up players will find plenty of challenge in the online mode, where you can test your mettle against other skilled fighters from all around the globe. Although my experience with the multi-player mode on PlayStation 4 has been fairly trouble-free without too much lag (you will need to install a day one patch), fans on Xbox One have complained about lengthy wait times, with some reporting an inability to get online at all. Koei Tecmo have been quick to respond to concerns and at the time of writing, this issue appears to have since been rectified.

Although DOA5: Last Round is richer offering than previous releases, there is still a staggering amount of DLC content available for purchase, mostly being cosmetic upgrades. This is more for the dedicated fans since whether you choose to outlay additional cash has little bearing on benefit to the game as a whole. 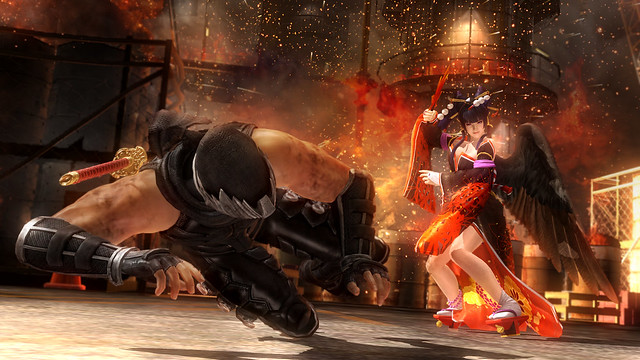 Dead or Alive 5: Last Round is solid for a next-gen port. Yes, the graphics do look better and run cleaner on the new generation systems, but it isn’t going to blow your mind in technical advancement. It’s a humble offering that has been lovingly carried over and offers plenty of bang for your buck if you’ve yet to delve into a Dead or Alive 5 title thus far. Asides from the misstep with multi-player, there isn’t too much to complain about in this latest port. If you love fighting games with gameplay that is both responsive and addictive to play, Dead or Alive 5: Last Round could be the fight you’ve been looking for.