Danganronpa 2: Goodbye Despair is the follow up the Danganronpa: Trigger Happy Havoc, a visual novel title, bringing together a whodunit murder mystery with Japanese quirky ingenuity. Trigger Happy Havoc was a brilliant entry point for many, prompting a translation for its sequel. It’s all fairly familiar territory with rich, robust story-telling once more. 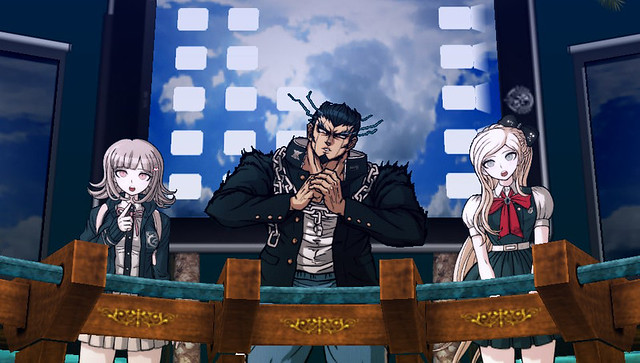 Released on the PS Vita and developed by Spike Chunsoft yet again, the second volume in the series engages its growing niche following with a new cast of colourful characters. If you haven’t played Trigger Happy Havoc in the past, you can pick up Goodbye Despair and start it from scratch without missing out on too much. Naturally it helps to play the original, but is by no means necessary.

Treading in the same footsteps as its predecessor, this time we find ourselves in the shoes of new protagonist Hajime Hinata, a Hope’s Peak Academy “Ultimate” student with a case of lost memory. Hope’s Peak Academy is your Ivy League school for the best of the best, or “Ultimates” as Danganronpa refers to them. Each of the other fifteen students have outlandish ultimates as wild and varied as Trigger Happy Havoc, from the ultimate lucky student, nurse, princess, and even Yakuza. 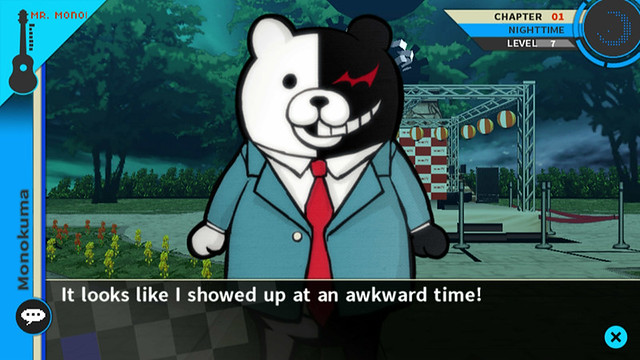 Under the guise of a field trip on a remote tropical island called Jabberwock with their rabbit teacher Monomi, Hope’s Peak principal Monokuma reveals his sinister motives to the students. Held captive on the island, the rules of “graduation” are laid out in similar fashion to the previous title. To escape, the students will have to plot and kill each other without being caught by their peers, or else be stuck on the island for all eternity.

Once a student has been murdered (and there’s a lot of killing going on), the remaining students take part in a trial, dissecting key evident for contradictions to catch the killer. If the killer can elude detection, they will be set free however if caught, they will be executed accordingly by Monokuma’s own brand of hard justice.

Trials are where the action is, as spoken phrases can be highlighted for discrepancies and shot down with ‘truth bullets’. It’s feverish action and surprisingly more enjoyable than you would expect for a crime novella adventure, carefully picking away at lies until the truth is uncovered. 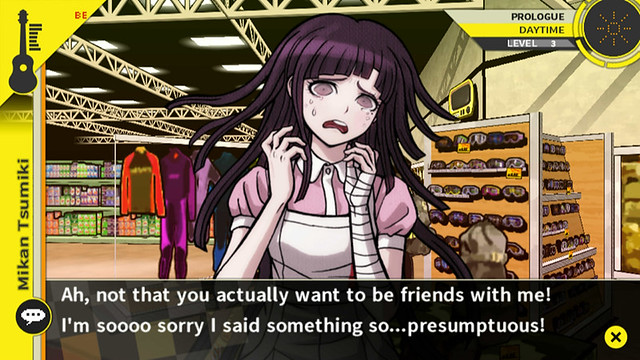 “Tribal council” by the student jury is lengthy and bulkier than the original, providing challenging gameplay gingerly bordering on excessive and fleshed out. Some may find it overly difficult as it felt much easier to fail during interrogations this time around.

The gameplay hardly differentiates itself from Trigger Happy Havoc, and for a sequel this could be construed as a misstep, yet Goodbye Despair feels fresh and immersive once more thanks to well written dialogue, engaging characters and visually stunning artwork that feels polished and well thought out. As each culprit is caught and a chapter comes to a close, it’s gratifying as each murder mystery is wrapped up into one neat little package.

Twists and turns keep the plot from falling into predictable territory, and NIS America has once again delivered with spot on localization and translation. The references to Japanese culture is preserved, as are the personalities of each of the characters thanks to colourful voice acting performances, however you do have the option to switch to Japanese dialogue if you prefer. 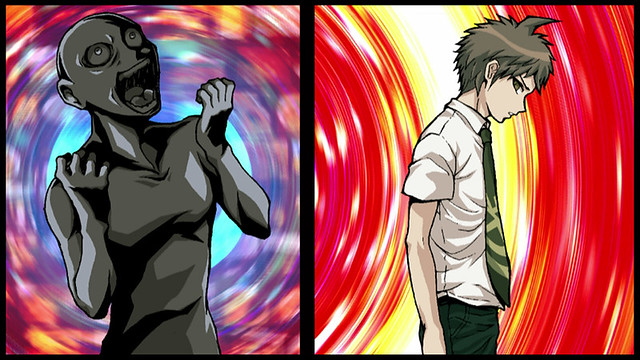 Danganronpa 2: Goodbye Despair brings back all the elements of a good visual novel, enhanced just enough to justify being a sequel to one of the better titles on PS Vita in recent memory. Again, you will need some perseverance and patience to fully enjoy Danganronpa 2, and even then; it may still not be for you. How much you’ll appreciate the Danganronpa series hinges on your level of engagement with the branching plot and infectious characters. The series is sure to polarize opinions but you can mark me down as an avid fan after two outings.