Companies Fight to Stay Relevant Against Rise of Mobile Gaming

2015 has been a huge year for mobile gaming. For the first time ever, the sales of mobile and social games surpassed those of traditional console games. The success of mobile combined with the dip in the popularity of consoles has many companies heading for the hills—or at least back to the drawing board—as they rush to lay claim to a piece of the mobile market while there’s still time.

In the face of the unstoppable mobile market, Sony has shelved any plans for a follow-up to its nominally popular PlayStation Vita handheld gaming system, much to the dismay of fans. A continuing lag in worldwide sales coupled with the rise of mobile gaming have put the final nail in the coffin for Sony’s PS Vita handheld console despite an impressive library of quality titles. 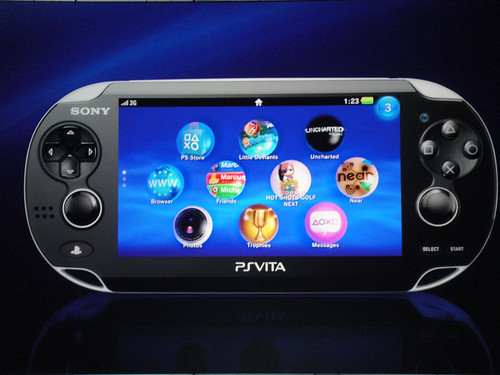 In an interview with Eurogamer, Shuhei Yoshida, Sony Computer Entertainment’s president of worldwide studios, noted that competition from mobile gaming has had an undeniable influence on the market. “Every time there’s a new threat, like PC was before, now it’s mobile, look at the Japanese market which has the heaviest impact,” said Yoshida. “When you look at the video game market in Japan, it’s going like crazy because of mobile is huge. What mobile is doing is making more people play games. Lots of people who play games on mobile because it’s free and it’s there.”

However, don’t start writing your eulogy for the Vita just yet. Sony recently announced a new firmware update to the system during this year’s Tokyo Game Show and also unveiled new colors for the handheld console hinting that there’s still some life left in the little gaming device. Despite the doom-and-gloom predictions for the future of the Vita, the new models and firmware update give the impression that the current iteration of the Vita is alive and well—at least for the time being.

So You Missed Out on the Zelda Majora’s Mask Limited…

This will mark the first time that the Vita is available in North America with the option of a color other than the device’s usual black. The new colors of the Vita will be available Nov. 6. Although the company hasn’t chosen to cut-and-run with the beloved handheld, there are still big questions as to what this all means for the future of mobile gaming along with the future of dedicated gaming consoles. It’s important to remember that while pretty much everyone has a smart phone these days, not nearly as many have a PlayStation or XBOX.

According to reports from the Wall Street Journal, the sales of social games developed for mobile devices have eclipsed those of traditional consoles like Sony’s PlayStation 4, which has led the company to drop the price of its console in an effort to regain lost ground. The article notes that the new price of the PS4 in Japan will be ¥34,980 ($292), a noticeable decrease compared to the console’s price in the States of $399. There’s no word yet as to whether the price drop will expand outside of Japan.

As the glut of games and devices begins to reach its saturation point, more companies are trying to find ways to bring in new audiences while continuing to keep casual gamers interested. Instead of price cuts and sales, the online platform for Gala Bingo offers promotions such as sign-up bonuses and timed events that incentivize new players to join while retaining the audience it already has. Like Sony, the idea is that by decreasing the cost of admission or rewarding players for taking a chance, the service can bring in new users in the hopes of creating a new generation of loyal gamers.

Nintendo is also looking to mobile games as a solution to ride out the current storm. An article by Forbes notes that the company has high expectations for its current partnership with mobile developer DeNA and the first crop of Nintendo titles that will be available for smart phones and mobile devices. The piece reports that Shintaro Asako, CEO of DeNA West, said that it has “no question that when Nintendo’s mobile games come out, at least 150 or 200 million people will try it.” When you look at the worldwide numbers for the mobile market, it’s not such a ridiculous prediction.

Sol, Goddess of the Sun Now Live in SMITE