Civilization VI 25th Anniversary Edition will be coming to Australia, and you’ll be able to secure your copy through EB Games.

Limited to 20,000 copies worldwide, the limited run edition is a celebration of 25 years of Civilization. Beginning in 1991, Sid Meier’s Civilization is entering its sixth main franchise release. 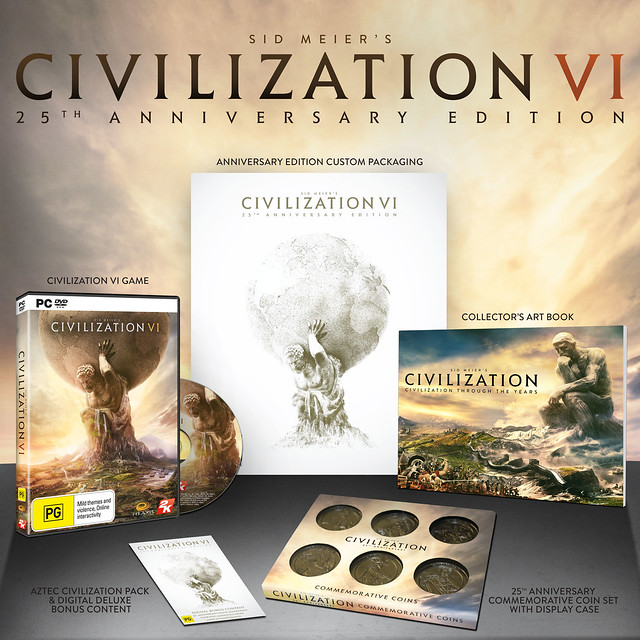 The Sid Meier’s Civilization VI 25th Anniversary Edition will include the following:

You can pre-order it for PC at EB Games (Australia and New Zealand), and also online via Mighty Ape for New Zealand residents. The game will retail for AUD$119.95/NZD$129.95. 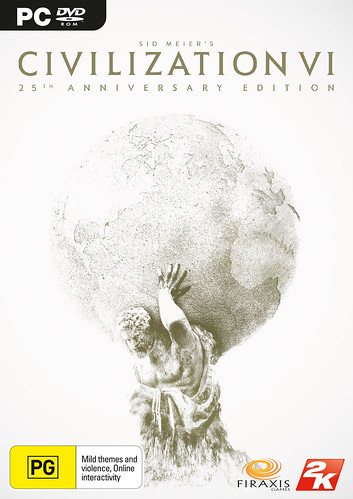 For online purchases, the Civilization VI Digital Deluxe Edition will also be available which includes the full base game, the 25th Anniversary Digital Soundtrack, and access to four post-launch DLC packs that will add new maps, scenarios, civilizations and leaders for a bundled discount.

Pokémon Go Plus Out September 16th in Australia and New Zealand