Child of Light is a testament to what can be accomplished when all the elements in one title work together harmoniously to become something even greater and beyond. It may not have a blockbuster budget, yet Child of Light‘s modest adventure will leave a long-lasting, lingering impression on those who are open-minded and bold enough to venture into a strange mysterious world. 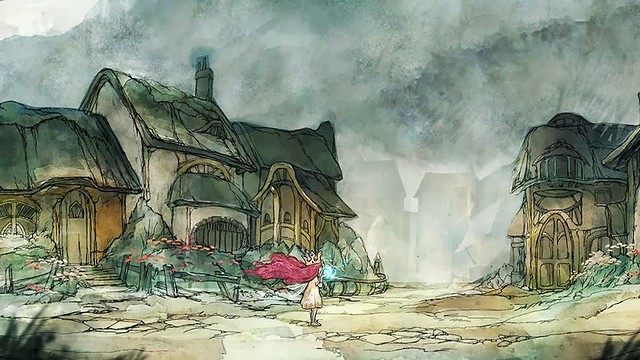 Set in the year 1895 in the country of Austria, the story centers on a young girl named Aurora, struck down with an ailment that causes her to fall into an otherworldly slumber. Waking up from her sleep, she finds herself in a mythical world known as Lemuria where the sun, moon and stars have been stolen by the Black Queen. Aurora sets out to recover the three celestial light sources in order to reunite with her father, the duke. It all appears simple enough at first, but progression through the game quickly reveals something more complex than first expected.

Inspired by children’s fairy tales, the storyline conveys a certain charm and innocence, balanced with the platforming action and team battles that ensues between Aurora’s party and the villainous beings that reside in Lemuria. Aurora is still only a child at best, and Ubisoft Montreal never loses sight of retaining that youthful quality amongst all the mature-themed activities. Little touches such as her struggle to swing her over-sized sword, to the gentle pitter-patter of her footsteps all adds to the allure. 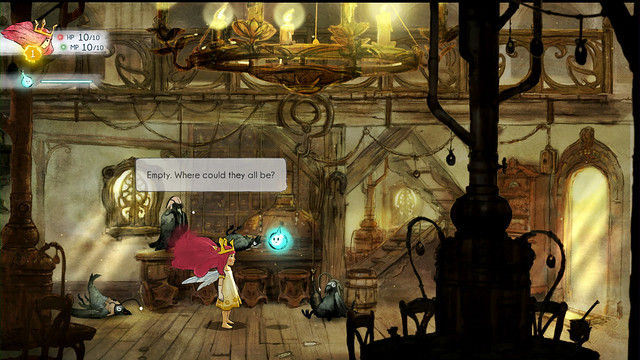 Keeping with the fable themes, conversations between characters are all written in rhyme, adding a greater need to read and interpret their individual meanings. The carefully crafted verses work in Child of Light, at least for me, but may prove to be difficult to stomach for others. Despite the intriguing use of poetic banter, personalities never feel lost or disjointed in their meaning and if anything, adds to the immersion and level of fondness towards the various characters you meet throughout the game.

Utilising a turn-based combat system similar to the classic Grandia series, both allies and enemies appear on a timeline bar on the bottom portion of the screen. As a character approaches the ‘cast’ portion of the bar, they have an opportunity to cast a spell or unleash an attack, before returning to the start of the ‘wait’ queue. If a character is attacked while still in the cast portion of the bar, their action becomes interrupted, nullifying their move as they are forced back into the wait queue. The timeline mechanic makes timing especially important at all times. 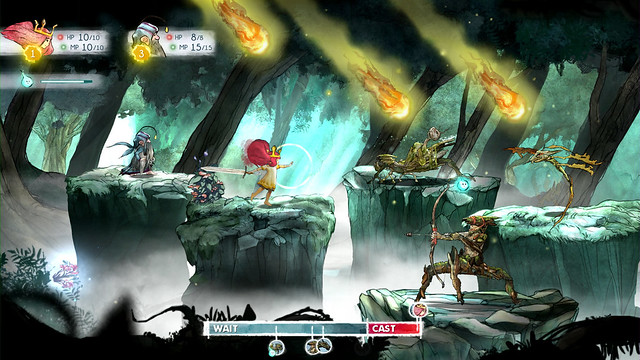 Helping to provide support for Aurora and her party members is Igniculus, a small glowing firefly companion with the ability to manipulate the timeline order by blinding targets at just the right moment, effectively swinging the advantage back in your favour. Igniculus also has the ability to retrieve items such as magic potions for Aurora while exploring, ensuring Child of Light never slips into overtly tough situations.

Combat is a refreshing and a welcome change from action-heavy RPGs of late, suitably tying in with the pacing of the game. An upgrade system provides a touch of role-playing to the mix, without being overbearing and unnecessary. It’s hard to imagine the minds behind Far Cry 3 being capable of producing something so fragile and gentle.

Powered by the UbiArt Framework, Child of Light utilises the same engine under the hood of both Rayman Origins and Rayman Legends. The team at Ubisoft Montreal showcase the potential of the new in-house engine, which inherently has the same gorgeous visuals as the past Rayman titles, yet adopts a whimsical design comparable to a large, moving water-colour painting. It’s simply a beautiful experience you’ll want to take your time to absorb, from its finer details like the willow trees in the backdrop, to the use of brightly coloured animation when Aurora launches into a spell. Words don’t do justice to the accomplishment on display here, and it’s so far one of this year’s most creative titles. Despite clocking in at around 12-hours long, it’s a mystifying experience sure to delight. 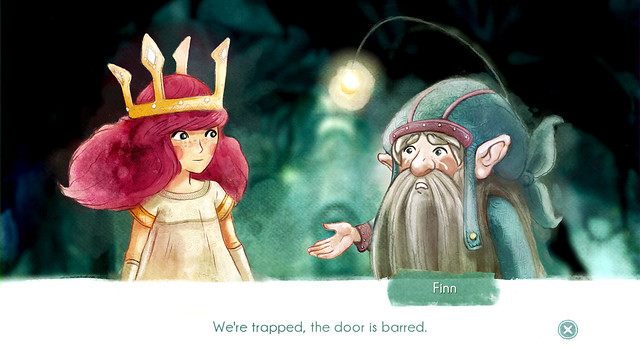 It isn’t very often that a title comes along which has an audience awestruck. It’s hard enough to produce a quality gaming experience, yet Child of Light has managed to achieve what eludes so many developers, and then some. The combination of elegant gameplay mechanics, well-written storytelling and technical visual achievement makes Child of Light one of this year’s must-play experiences. It’s a bit of a sleeper hit at the moment, but more than worthy of its asking price. If you only play one download title this year, Child of Light should be at the top of your list.