Bleach on the go.

It’s a great day for Bleach fans with KLAb Inc. mobile sensation Bleach: Brave Souls finally making its way to mobile devices globally. Already a massive hit in Japan with over 7 million downloads since its release in July last year, the Japanese anime/manga based hack-and-slash is now available to download and play for free. But the burning question – is this mobile game any good?

KLab Inc. may not be a familiar developer for many, but they have had success with other mobile games such as Age of Empires: World Domination, GLEE Forever, and a Yu Yu Hakusho game that doesn’t appear to be available outside of Japan. This is the first official Bleach game to make it to a worldwide release, and is surprisingly on-par with what you may expect to find on PSP, or dare I say a PS Vita gaming experience.

The initial download packet is a tad over 100MB, but this is swiftly followed by a 600MB update that I assume adds most of the core components as you won’t be able to begin the game until you download the update and install. All of this is definitely worth it as you’re greeted by a fully animated cut scene with vocal soundtrack upon load. 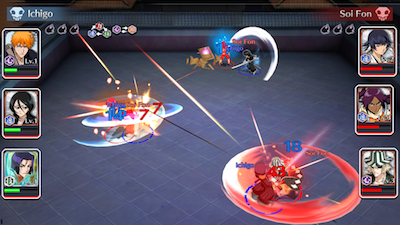 Once the game begins, you are given a choice between the main protagonist Ichigo, Soul Reaper Rukia, or one of Ichigo’s twin sisters, Yuzu or Karin. New key characters can be purchased and unlocked through the cause of play, earning experience to level up, with customisation options for ascending, training and linking to create even stronger warriors.

The story mode begins pretty much from the start of the anime series when Ichigo first met Rukia and their initial encounter with a Hallow, the monstrous ghosts from the Bleach universe who feed on human souls. There’s surprisingly plenty of dialogue in this 3D hack-n-slash brawler, with gorgeous illustrations and still frames taken straight out of the anime. 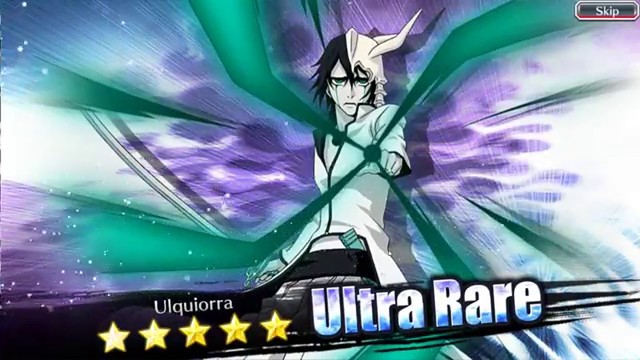 Each chapter involves creating a team of three characters and completing a series of objectives, or quests. The more objectives you clear, the better your star rating for the mission. Early on when you only have access to two characters, you’ll be able to enlist the help of a third character from other players at no cost to you. Some can be rather powerful allies that can take out a boss all on their own if you’re happy to stand back and just watch. You can alternate between different characters for each chapter, and the extra character you select will also help you take out the boss, or bosses at the end of the chapter.

Each play-through though will require you to pony up a Soul Ticket, a currency that regenerates with time. As with most online games of this type, you can choose to wait it out for a new Soul Ticket to continue playing, or pay real cash to purchase Soul Tickets straight away. Completing tasks also completes Orders, or additional quests for extra items and bonuses. You can also opt to play a Co-op mode with friends that have also downloaded Brave Souls as well. 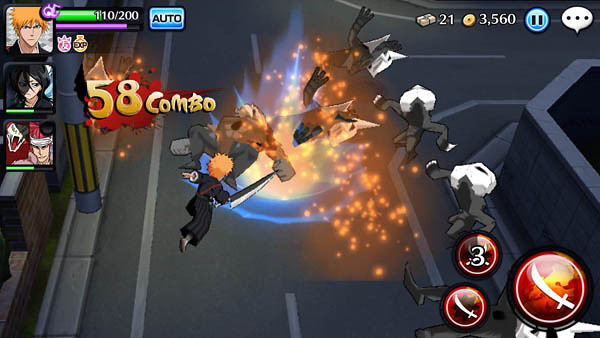 In addition to Soul Tickets, there are also two additional currencies – Coins and Spirit Orbs. Coins are the lesser currency earned from playing the game, used to purchase buffs and various items. Sprit Orbs are far more valuable, needed to buy Summon Tickets for new characters from the Shop. You can choose between a Normal Summon or Premium Summon Ticket, the latter randomly unlocking better quality characters. Unfortunately you can’t choose your character, and it’s more like opening a single character booster pack and hoping for the best.

Outside of the story mode is a monthly Battle mode. Battle has three different league rankings – Seat Officer, Lieutenant and Captain. The higher up the ranking you go, the better special rewards that are paid out to you at the end of the season. These battles are automated matchups between your team of three, with the highest rating and better buffed teams generally winning the matchups. This mode adds a layer of strategy to the game given the synergy between characters will affect how well their work together as a team. It isn’t my favourite mode in the game but is fun to watch.

Although the battle mechanics appears rather basic on the surface, the flow of gameplay is fluid enough that you can get hooked into the game rather quickly. The auto targeting definitely helps, particularly as it can be hard to aim your slash on your own. 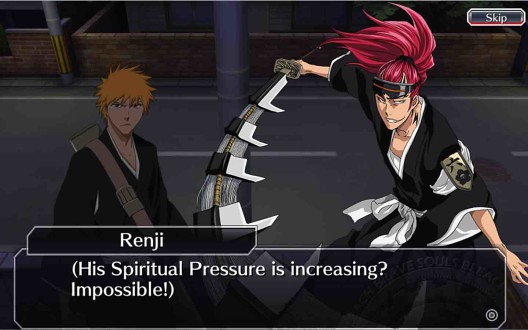 Backing the dynamic combat system is a rocking soundtrack packed with plenty of bass and electric guitar awesomeness, tying together nicely with the high action gameplay. The little sound effects of sword slashing and voice acting go nicely hand-in-hand with the semi-chibi style animated character models.

Bleach: Brave Souls is a fun, robust mobile experience that offers plenty of variety and depth and no cost to you. If you’re a Bleach fan, this is a must download for your mobile device. The game is polished, with loads to collect and customise. 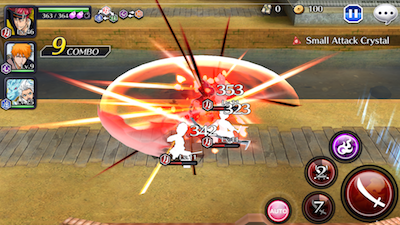