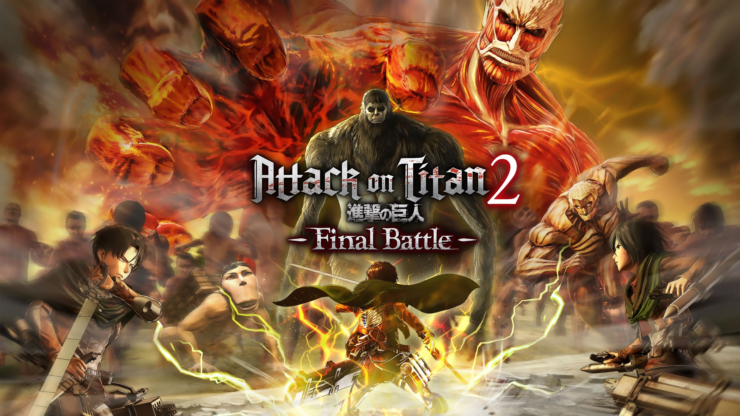 Step into the anime and fight for humanity's future.

A.O.T 2 (Attack on Titan 2) was released in 2018 as the sequel to 2016’s Attack on Titan, a hack and slash action game from the makers of the Dynasty Warriors series. Based on the popular manga and anime series of the same name, the game put players into the role of a soldier fighting against the massive, mysterious Titans which threaten humanity’s existence. The story covered up to the end of season 1 of the anime. The sequel built on the original by adding new story up to the end of season 2 of the anime, new modes and, new characters. Now, the recently released Final Battle expansion adds a lot of extra content, including another new mode, even more characters, and the story now covers up to the end of season 3 of the anime. Players can choose to either buy Attack on Titan 2 and its Final Battle expansion as a bundle, or existing owners can choose to upgrade their copy of the game with the new content. 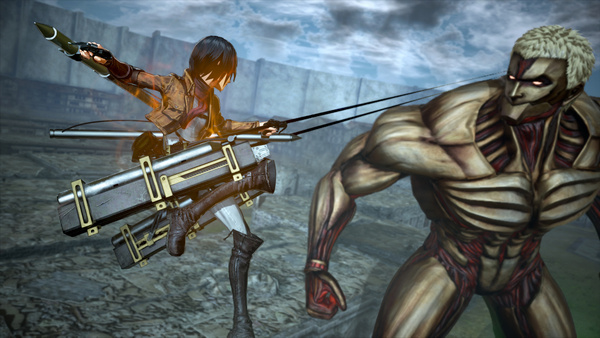 As you can probably gather from the summary above, there’s a lot of content on offer here. The game serves as the definitive Attack on Titan experience, featuring story modes that span all the way from the start of the series up until the latest episodes. This is no 5 hour affair either, the story modes take their time in recreating the events of the anime. There’s a good 30 hours worth of story content alone. Using a combination of detailed cutscenes and fast paced action gameplay, the anime’s plot is played out right in front of you as you take on the role of a character of your own creation. There’s over 40 different characters to play as in the game’s extra modes too.

Gaining a new perspective on the events of the anime, you’re able to get right into the middle of the action. Fans of the series will get a kick out of being able to take part on the events of the anime, flying around and slashing Titans to pieces with a lot of freedom. The effort that has been put into making Attack on Titan 2 look and feel like the anime is commendable. This includes the game’s dark visuals, and the flow of the gameplay. To offer some background for those unfamiliar with the series, Attack on Titan follows the life of a boy called Eren. We see his evolution from being a scared little boy who tragically watched his mother being eaten by a monstrous Titan, to a well trained soldier fighting alongside his fellow soldiers and friends to take back everything that humanity has lost. The Titans are massive, humanoid creatures that range in size from 7m up to over 50m. They’re incredibly powerful, they can regenerate their entire bodies, and they only have one weakness: a small section of their body located at the nape of their neck. Destroy that part, and they go down for good. 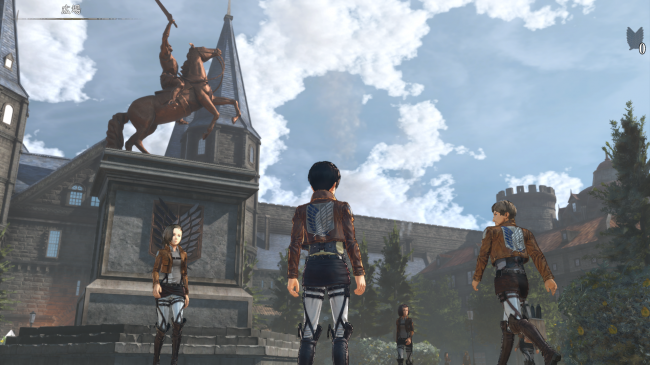 Reaching that part of a Titan is difficult for little humans, so equipment called omni-direction mobility (ODM) gear was invented. These gadgets take the form of a body harness and allow humans to fly through the air using a combination of gas powered grapple hooks and momentum. Using the ODM gear is a big part of the game, as you’ll be using it almost constantly to move around the game’s large environments and fight Titans. Just like the characters in the anime, you’ll need to keep an eye on the durability of your weapons and the amount of gas you have left. Landing multiple attacks on Titans will eventually break your blades, while zooming around using the ODM gear will consume gas. You can carry a few replacements for both with you, but you’ll need to keep yourself resupplied. Fortunately, there are many areas in the environments where you can construct buildings, which have many uses. There’s one that will restock your items, one that will mine materials, one that will attack nearby Titans, and many more. Fighting Titans requires you to get in close while dodging their attacks, then locking on to the body part that you’d like to strike. You can go for the arms, legs, or straight for their nape. Going straight for their nape can sometimes net you a quick kill, but there are advantages to targeting the other parts. A Titan’s arms and legs can be cut off, which will disable their movements and attacks, as well as earn you useful materials. With a well timed press of the triangle button, you strike at the targeted part of the Titan’s body. You need to be careful about the angle you fly in from though, landing a direct hit will do the most damage and prevent your blades from getting worn out faster than necessary. 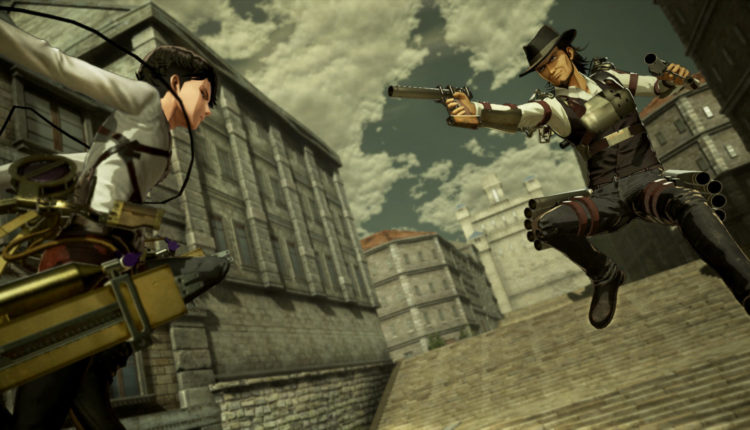 The Territory Recovery Mode is a major new addition to the game. It’s basically a simulation mode, where you create your own regiment of soldiers, with its own base. You explore outside the walls and into Titan territory, recapturing as much land as possible. You can also recruit new soldiers to your regiment, including some main characters from the series. There are also some RPG elements to it, since your characters can level up and improve their stats over time, and you can find and rescue new characters outside the walls. Each venture outside is different, and you never know exactly who or what you’ll come across. Recapturing all of the land is a big goal, and you can easily sink a solid 10 hours into this mode. Between story mode battles, you’re transported to the scout headquarters inside the walls. During these times, you can buy and upgrade equipment using the materials you’ve gathered, and talk to your fellow soldiers. Talking with them can increase their friendship level, and when the gauge is filled, you will often trigger an event where the friendship level goes up and you gain a new skill. A.O.T 2: Final Battle also offers some online modes, with players given the option of taking on Titans with friends in co-op, or as part of a 4 versus 4 team competition to see who can slay the most.

Overall, A.O.T 2: Final Battle is a real treat for fans of the series. The game looks good, runs smoothly, and sounds authentic with the voice actors from the anime having plenty of dialogue. Flying through the air using the ODM gear feels great, slaying Titans is satisfying, and the game keeps things interesting with its various modes and gameplay systems that are true to the series. You can even capture Titans, and briefly play as them briefly for some extra variety. There’s a lot of content packed into the game, so you certainly get plenty of bang for your buck. Sometimes it’s the little things that help to make a game great, and A.O.T 2 has those in spades. There’s so many characters to play as, and many, many character events and stories to see in between battles. It’s an impressive effort by the developers, and with the series still going, hopefully we’ll see even more content from them. No fan of the series should miss this game.