Atelier Rorona receives a shiny remake with Atelier Rorona Plus, re-designed to fix the flaws fans have complained about since the original was released back in 2010. Rorona was; and still remains an exceptional title in the Atelier series, but it had it fair share of issues. Four years on, Rorona Plus scrubs up nicely thanks to some love and care by developer Gust, who has also ported the J-RPG to the PS Vita for the first time. 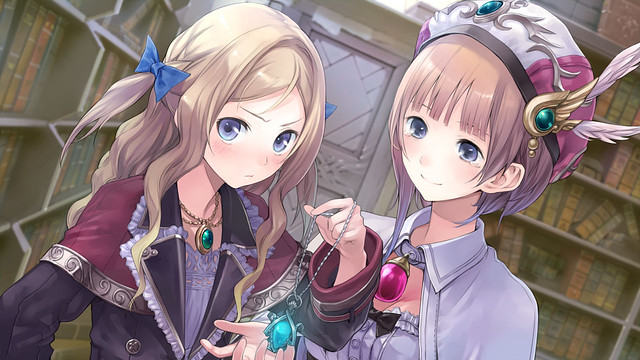 Atelier Rorona: The Apprentice of Arland paved the way forward for follow-up title Atelier Totori and to a lesser extent, Atelier Meruru. As the first in the pseudo-trilogy, Rorona has aged gracefully with the times but nevertheless shows signs with the years.

Although Rorona Plus retains the main story elements from the original, it does introduce new additions and overhauls, most notably the completely redone 3D character models, environments, levels and playable characters. Part of the complaints by fans stemmed from the look of the character models not suiting their respective character age group, and Gust appear to have taken this feedback to hear giving Rorona and friends a much more mature appearance in line with their voice acting counterparts. The enhanced visuals tie more closely with Totori and Meruru character models, providing a refreshingly vibrant feel.

Even the environments are far more crisp and immersive, which you’ll want to take your time to explore even if you have played the original game. To make travel easier, the maps have been enhanced and simplified, in order to make travelling between locations a little less painful. Drawing inspiration from the newer Atelier titles, Rorona Plus adds new updates without taking away the essence of what made Rorona so much fun to play the first time round. 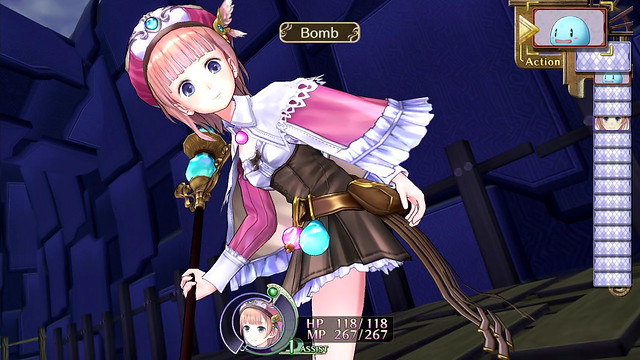 For original fans of Rorona, new chapters have been included featuring Totori and Meruru from the Arland sequels, introducing new content and new illustrations not seen before in the Arland series. It’s thoroughly engaging and aims to better connect the three adventures together into one well-constructed trilogy, at least until Totori Plus and Meruru Plus are released. Even having a saved file from certain Atelier titles offer in-game rewards. It isn’t going to blow your mind, but it’s a nice salute to fans that do enjoy the Atelier series.

Asides from all the existing content, new playable characters, bosses and costumes ensures there’s something new and different to explore even for the hardened of Atelier fans. It won’t offer a completely new gaming experience, but something familiar yet comfortable, like a pair of much loved jeans.

Part of what makes an Atelier title is the crafting and synthesizing system which has also seen an overall improvement. The amount of craftable items have been further expanded while the synthesis mechanics which many complained as being overly difficult to grasp in the original Rorona has been finely-honed for a more streamlined approach. The assignments are also less intimidating, and are far easier to manage and keep a track of. Completing main missions reward currency that can be exchanged for items and materials, again adding an alternative to how you acquire certain items. 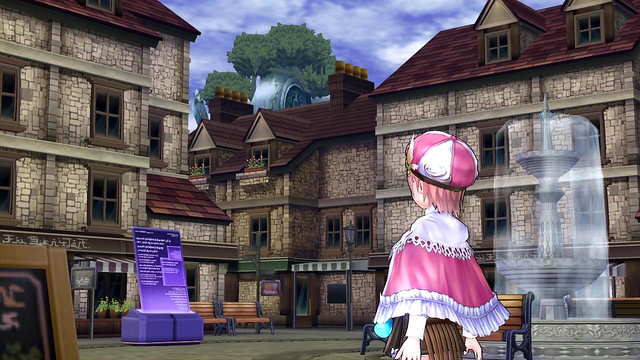 The introduction of a new restructured battle system now incorporates advanced battle features and skill executions between the playable characters in your party. Although turn-based, it’s feels fast paced in its approach making for lively gameplay. Much like other features in Rorona Plus, the battle mechanics leans towards Totori and Meruru which is certainly a welcome update.

Replayability is definitely high given the more than 30 different endings to explore. The ending you’ll achieve is dependent on the interactions with the other characters, as well as the missions you complete throughout your playthrough providing incentive to forge relationships and tweak the missions you choose each time to visit the world of Arland. Rorona Plus will take approximately 20-30 hours to complete depending on how in-depth you want to go, and to achieve all the endings could easily double the playtime.

One of the new features that I feel has potential is the Time Capsule system where players can bury items in Rorona, and collect them via Atelier Meruru and Totori on your PlayStation 3. The cross content system will also carry over to the PS Vita versions of Atelier Meruru Plus and Atelier Totori Plus when the game does land on our shores. I find the idea interesting and unique, as well as providing a little bonus for those that intend on purchasing the entire Plus titles in the series. The cross save feature makes your save files transferrable between your PlayStation 3 and PS Vita. 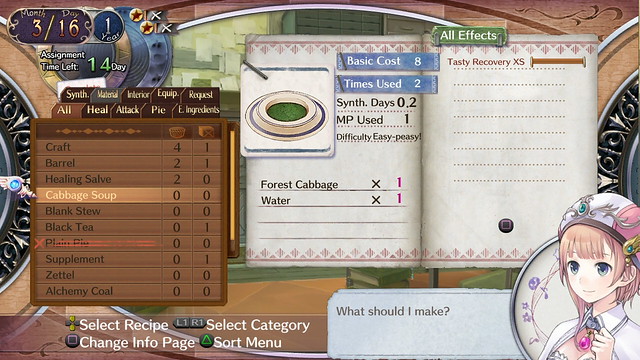 I remember my first time playing Rorona and how lovely the visuals and audio were back then, very much in line with all things accustomed with the J-RPG genre. Far beyond your typical everyday port, Gust has taken a fine tooth comb with Rorona Plus to revive the title, while refreshing it in the process. Remakes are generally frowned upon by many gamers but Gust haven’t taken a lazy approach with Rorona Plus, resulting in a title well worth exploring for the first time, or re-visiting like a cherished childhood memory.