A new Aya figurine and a Hidden Blade are now available to pre-order via the Ubicollectible store, joining the previously announced Bayek figurine and Apple of Eden.

Each item have been crafted by hand for several months using 3D models from the game to offer premium quality. They are highly detailed pieces enhanced by a set of discernible textures and materials such as PVC or ABS. 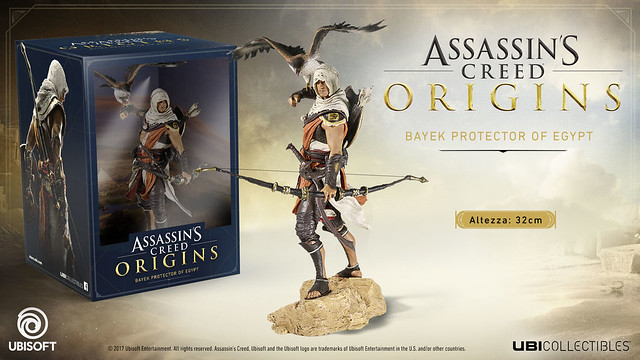 Bayek – The figurine shows Bayek and his eagle Senu targeting their next prey. The Bayek figurine comes with a shield and weapons, including a bow and arrows, a sword and the Hidden Blade.

Bayek is a Berber-Egyptian. As a Medjay, he is one of the last in a long line of protectors of Ancient Egypt. Personal tragedy forced him to leave his home town and travel through Egypt. His journey will lead to the creation of the Brotherhood of Assassins. 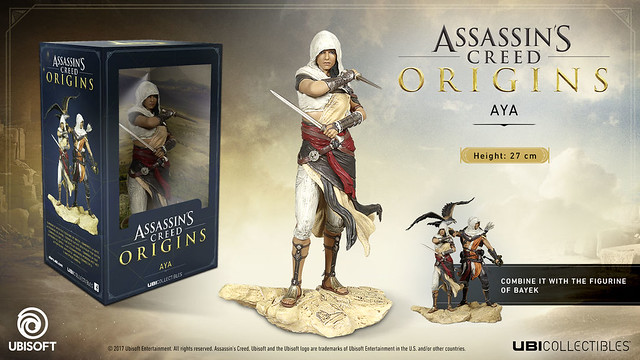 The figurine of Aya shows her equipped with a dual wielding blade in a combat posture. Aya is a native of Alexandria and has both Egyptian and Greek ancestors. During her youth, she moved to Siwa where she met Bayek. While not a Medjay herself, Aya embraced the cause of Bayek when she married him. The figurine can be combined with Bayek’s to form a unique Assassin’s Creed Origins diorama. 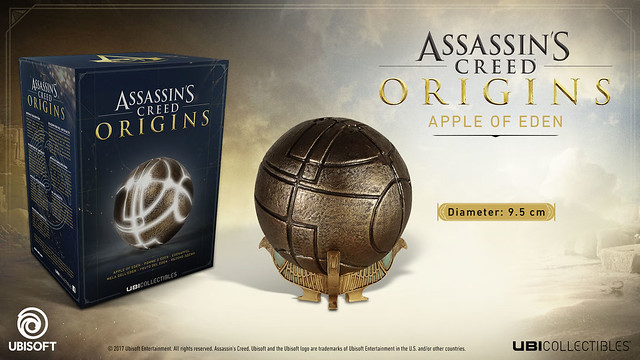 The Apple of Eden – This official reproduction of the relic that will be seen in Assassin’s creed Origins is equipped with a led system so that the life size replica illuminates from within.

Among the most coveted Pieces of Eden, Apples are powerful artefacts designed by an ancient civilization to ensure humanity’s subservience, potentially allowing control over a subject’s thoughts, emotions and behavior. 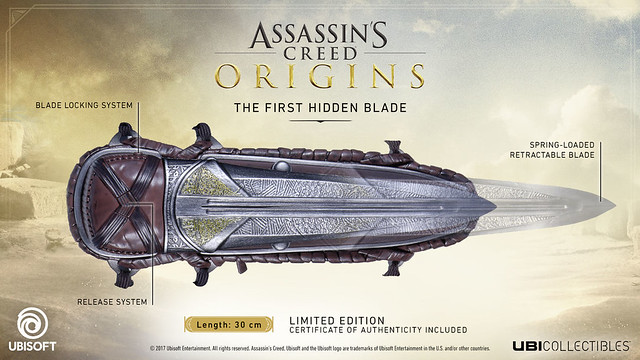 The Hidden Blade – This secret weapon can be worn like Bayek or displayed as a collector piece. The hidden blade is a limited and numbered Edition with a Certificate of Authenticity: only 9,999 copies will be available.

During his long journey through Egypt, Bayek quickly uses this weapon as a faithful and lethal ally. Bayek’s Hidden blade is known to be the first one ever among the Assassin’s Brotherhood.

If you’re interested in securing your collectible piece, head to the Ubicollectible ANZ site here: http://store.ubi.com/anz/collectibles

Overwatch “Rise and Shine” Behind the Scenes; Roadhog and Junkrat Comic