Ar nosurge: Ode to an Unborn Star is Gust’s latest offering in the Ar tonelico series. A prequel to Ar tonelico and a brand new start in a new series of games dubbed Surge Concerto, Ar nosurge has plenty to offer with its sci-fi twist on the traditional J-RPG formula. 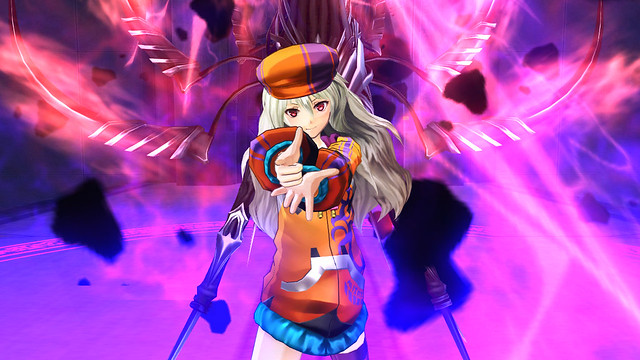 As mentioned, the story is set prior to Ar tonelico, but after the events of Ciel nosurge, a Japanese-exclusive title that never saw a localised release. As such, having played Ar tonelico or familiarising yourself with Ciel nosurge will help with your ability to grasp the rich story of Ar nosurge. It’s still very much playable without any prior knowledge or history, but you’ll need to keep your attention switched on, particularly during the early segments.

Set on the fictitious planet of Ra Ciela, humans and spiritual beings known as Genoms co-existed before the planet went into a decline, as humans travelled to nearby galaxies in search of new planets to inhabit. After a hostile encounter with the Sharl, an alien life-form capable of utilising “song magic”, the people of Orei are abducted. Fast-forward thousands of years into the future and the emergence of the Ancient Ones, people with the ability to wield the same song magic powers of the Sharl. 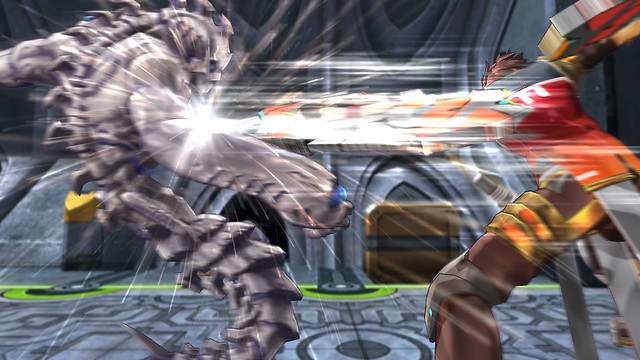 The plot is far more complex than initial impressions, particularly as Ar nosurge plays out via two character pairings: Delta and Cas, and Earthes and Ion. Starting out as amnesiac Delta and Cas pairing, the duo are tasked with hunting down the lost song Ciel N Protecta, stolen and being used to cause havoc in Felion. Later in the game, control switches to Ion who is set free from her sealed world by her helper Earthes before their paths converge with Delta and Cas as each pair searches to uncover the truth behind the world they reside.

As far as story goes, Ar nosurge can feel packed in by the sheer amount of detail it hurls at you all at once, before leaving you to your own devices to unravel the plot on your own. At times it can feel overwhelming and you may find yourself lost with the themes of humanity, “human bonds” and matters pertaining to the heart. It’s fantasy meets philosophy so be prepared, as this is a game for a mature audience who wants 50+ hours of thought provoking ideology and space-adventuring, with a decent combat system thrown in. 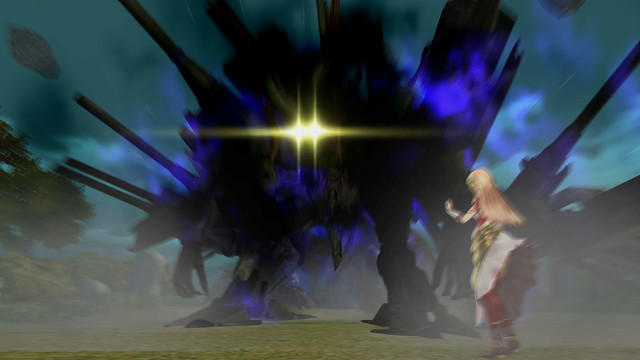 Battles play out with two characters under your direct control – the male protagonist doing the combat while your chosen heroine sings a Song Magic. Enemies come in multiple waves, with you’ll be fending off as the Song Magic charges. It sort of reminded me of a tank and DPS setup from an MMORPG, yet a far more active approach that created some tense moments during battles. You can choose between four attacks, each mapped to a face button or activate items, Friend Skills and Song Magic as you see fit.

Clearing out enemies effectively boosts your Harmo Level much more quickly, which in turn increases your Burst Gauge and strength of the Song Magic enchantment. If your heroine is knocked out, it’s game over so you’ll have to protect her until all enemies are defeated, time runs out, or you retreat when things get too tough to handle. The Ar series “Diving” and “Genometrics” system also makes a welcome return, particularly useful for those wanting more character insight.

All four characters are extremely likeable and the character development and relationship building between each other makes them intriguing enough that I genuinely wanted to learn more about their motivation and thought processes. Of course topics border on mundane discussions as well, from toilet paper to more interesting world affairs, but this only helped to inject personality into an otherwise predictable anime archetype. 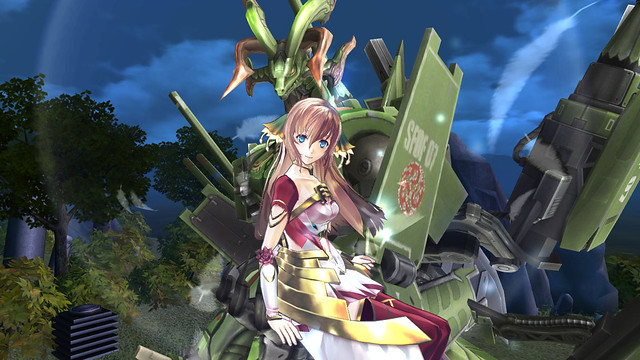 The clever mechanic allowing players to switch between each couple makes for unique gameplay that goes beyond the substitution of protagonists for the sake of just doing so. Each duo explores their own worlds, while interacting with the other pair to help them progress through the story. It’s a practical take on multiple characters that feels more inventive than contrived.

Ar nosurge brings with it some interesting features, such as the controversial purification ceremony where you strip down to your bathers in a hot spring, and engage in deep conversation with your partner. Not only does it present eye candy for the player, it unlocks conversations and stat boosts as the characters reflect on the events they’ve experienced. It blatantly borrows from the relationship simulator genre, providing its own J-RPG touch to the formula.

With an emphasis on Song Magic for battle sequences, the music is obviously top notch with a score that ties together the sci-fi futuristic theme with a distinctively Japanese flavour. Tracks are fairly catchy with some nice vocal ballads through into the mix, although whether I’d dub them memorable is a whole other topic for discussion. Graphically, Ar nosurge looks and plays well enough, although with the PlayStation 3 quickly aging, some may not be as forgiving to the animation sequences on show here. 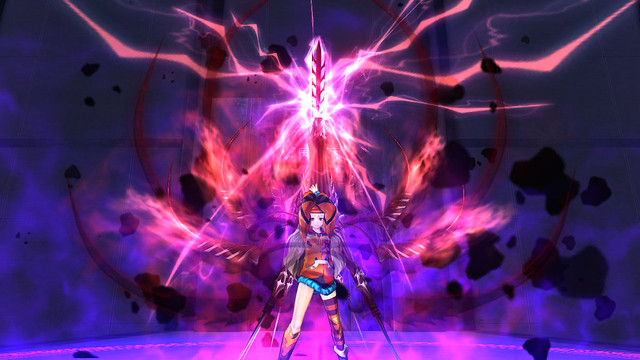 Ar nosurge: Ode to an Unborn Star is certainly unique and plays to the beat of its own drum. There are features here that you won’t find anywhere else. J-RPG fans would get the most out of this adventure, but those not in love with rich stories and fantastical themes designed to impact you after the game is done may want to find their fill elsewhere.