To call Akiba’s Trip: Undead & Undressed different would be an understatement. A street brawler at heart, Akiba’s Trip wacky take on Japanese culture and fan service is not going to bode well with everyone. It’s an accomplished title let down by a questionable design direction. 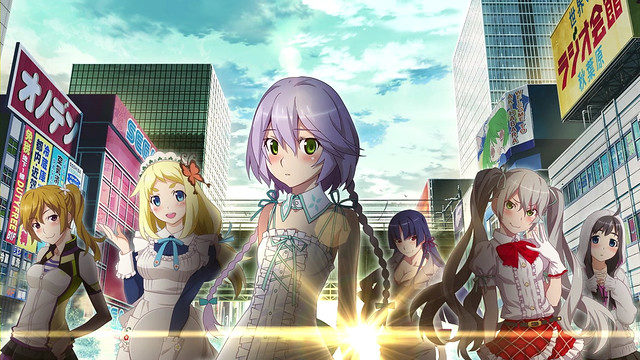 Firstly Akiba’s Trip: Undead & Undressed is actually the sequel to the original Akiba’s Trip, a title that was never localized for release outside of Japan. The series has done well within Japan resulting in NIS America testing the waters with the most current title in the series thus far.

As the title suggests, you’ll need to strip down your enemies to their undergarments, providing plenty of eye candy for gamers looking for a bit of skin action. The stripping is not completely lewd, only down to panties and glorified breast shots, although the even distribution of both male and female characters keeps it from falling into sexism territory. 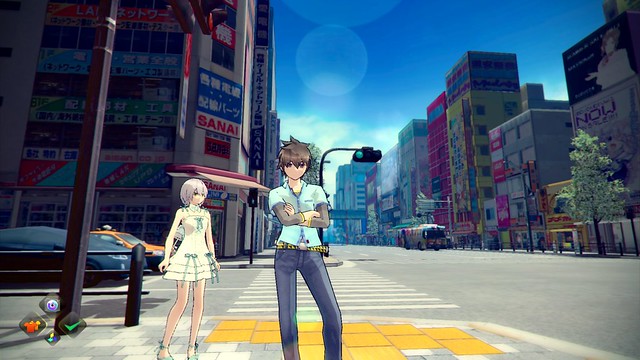 The plot for Undead & Undressed is just as ridiculous as its premise. Set in Tokyo’s electronic district of Akihabara, an outbreak of powerful enemies known as Synthisters are roaming the streets, sucking up social energy from the unsuspecting patrons of the area. Sort of vampiric in nature, Synthisters are susceptible to sunlight, hence the justification to remove their clothing and exposing them to direct sunlight.

Playing as a protagonist named Nanashi (although you can change the name and gender); our hapless hero is lured to a job with the promise of rare collectible figurines as compensation for an undefined role. Sounds perfectly normal. Captured and transformed into a Synthister by the seedy Magaimono organization, Nanashi is saved by the mysterious Shizuku who explains the Synthisters situation.

Along with a mixed bag of freedom fighters, Nanashi and his crew set about ridding Akihabara of the Synthister sinister menace by stripping off their clothes and transforming them back to normal. See, I told you the plot was ridiculous. 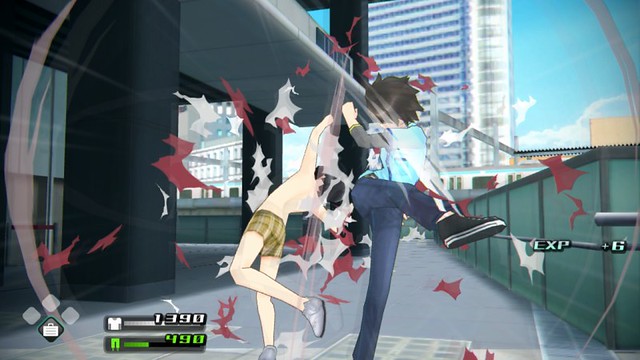 There’s an intriguing story of corporations up to no good, but this effectively serves as a distraction and motivation to the countless tearing of clothing and partial nudity going on. That would be all fine and good if the combat mechanics and gameplay involved weren’t so tedious and cumbersome.

You can target three areas of clothing to ‘weaken’, before stripping them from your victim. Multiple combos’ deals damage to the various articles – from hats, to shirts, and finally the pants region. Once you’ve stripped them down to their underwear, you’re generally presented with a gratuitous shot before your enemy runs away, most likely caused by embarrassment.

Nanashi’s clothing can also be damaged in battle to add some tension to the combat, but the curious design decision whereby your clothing can be insta-repaired with a hold of button takes away any form of urgency or threat. 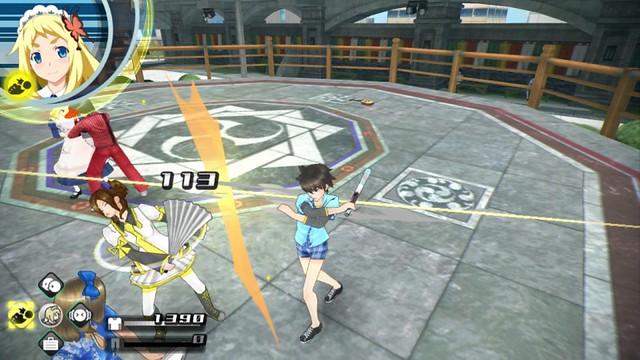 Stripping clothes away from a boss has a greater payout with a detailed view of their hand-drawn anime figures. The obvious sexual innuendos are danced around with the dialogue in typical fashion, some more cringe-inducing than others.

Sadly the combat gets old fast, coupled together with the odd technical speed down issues and a frustrating amount of loading screens makes for a weak gaming experience that is neither terrible, nor much fun to play. The odd battle items dropped by beaten foes adds a little variety, as does the assortment of clothing and accessories to earn which provides a reason to keep pushing forward. These combat items can be upgraded as well, which adds a sense of achievement to the experience.

Undead & Undressed tries to promote a relationship system, where you can choose to buddy up with a member of your freedom fighters, forming a bond that influences your gameplay experience from a character development and story point-of-view. I found this semi enjoyable, although it felt misplaced for a street brawler title to me.

I did appreciate the recreation of the Akihabara district, with supposedly 130 different stores in-game crafted from their real-life counterparts. You can earn spending money via the main story, as well as side mission fetch quests to satisfy all your consumer needs. Once you’ve beaten the game, which isn’t all that long mind you, a New Game Plus mode becomes available, presumably so you can forge new relationships with other characters. 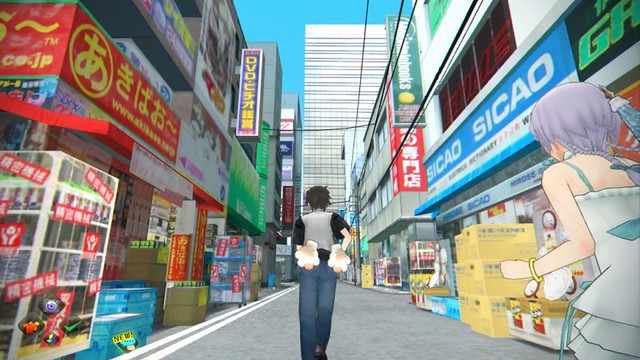 Akiba’s Trip: Undead & Undressed feels like it exists purely for the undressing, which I could forgive if the combat system and gameplay were a little more competent and enjoyable to play. Games like Senran Kagura Burst proves titles with sexualized themes, well-constructed mechanics and gameplay can be achieved which further compounds my disappointment in Akiba’s Trip. Decent game however needs a bit more work on its gameplay more than anything.