No, this isn't Saints Row.

Agents of Mayhem is developer Volition latest sandbox title, a brand new IP (intellectual property) from a developer who made a name for themselves with the Saints Row and Red Faction series. With their last title coming in 2015 – Saints Row: Gat out of Hell, a stand-alone expansion to Saints Row IV and no signs of Volition treading old ground, the team is exploring new territory with this superhero-inspired title. 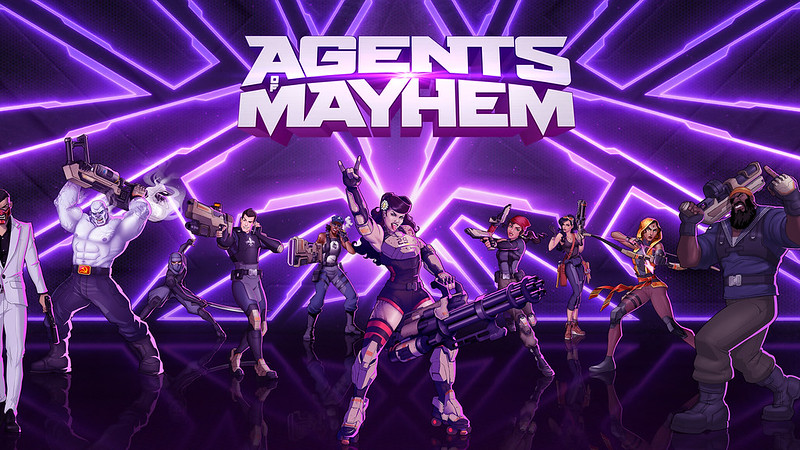 Taking place in the same shared universe as the Saints Row and Red Faction series of “recreate Earth”, Agents of Mayhem timeline plonks us at the end of Gat out of Hell, set in a futuristic version of Seoul, South Korea known as “the city of tomorrow”. After terrorist group L.E.G.I.O.N ((the League of Evil Gentleman Intent on Obliterating Nations) attacks on a global scale, overthrowing governments and law enforcement, the anti-terrorist force M.A.Y.H.E.M (Multinational Agency Hunting Evil Masterminds) is formed, consisting of heroes from across the world from various backgrounds.

The game has you in control of twelve agents comprising of four sets of trios. There are the Bombshells, the Carnage a Trois, the Firing Squad, and the Franchise Force. Each member falls into one of these banners, but aren’t locked to the group when creating a squad of three to take into battle.

I love that the characters are uniquely different and have that wacky Volition flair about them, from the self-proclaimed “Face of Mayhem” Hollywood, to the stereotypical strongman Russian Oleg Kirlov, aka “Yeti”. If you pre-ordered the game, you even gain access to the infamous Johnny Gat of Saints Row fame. Each agent has their own individual play-style and ability which makes unlocking a new agent for your squad so gratifying when playing through the campaign mode. 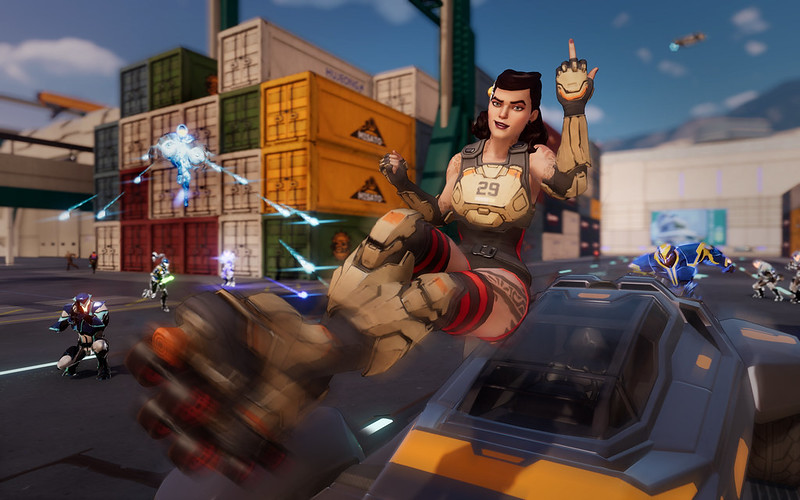 Agents of Mayhem starts off well with an original and inventive sand-box that feels like a PG-friendly version of Saints Row, which isn’t too surprising given Volition were going for a Saturday-morning cartoon and superhero vibe. The designs are vibrant, with both the characters and environments having a nostalgic charm. The cross-over between Volition’s other titles and hidden Easter eggs are all nice little touches.

The game is played from a third-person perspective and the combination of abilities and gunplay is Agents of Mayhem strongest quality. The combat mechanics are a treat, complemented by an assortment of attacks. Each hero has their own weapon, attack style and skill, paired with a specialisation to separate them from their other brethren. Specialisations include shutting down enemy shields or taking down fortified units.

There’s plenty of unlocks to strive towards too. Each hero can be further customised with ‘gadgets’ offering stat buffs, modifiers and enhancing abilities with added effects. Collectible blueprints can be found to gain access to new vehicles to cruise in, along with collectibles and power cores to augment heroes even further. All these extra unlocks adds a degree of longevity, stretching out gameplay for those committed enough to hunt them all down. 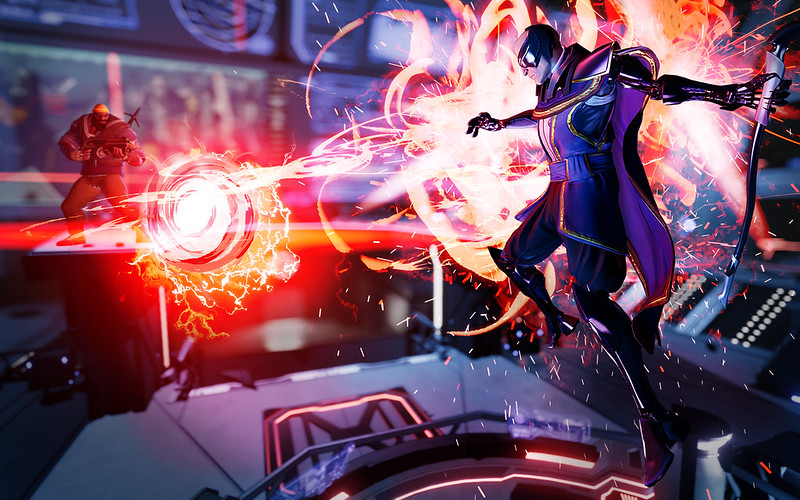 Each character also has a ‘Mayhem’ ability, essentially a super move. Once you fill up the gauge, you can unleash potent attacks, buff allies or de-buff enemies. It isn’t too hard to charge up and pretty soon you find yourself going on another blitz before too long.

When you multiply all of this by twelve different heroes, you have a broad range of playing options available, including the option to flip between three heroes on your team at a push of a button. It’s just a shame that the wonderfully rich mechanics are let down by subpar level design.

There is a main story line and the game plays through squad-based missions, side missions and quests. Unfortunately a lot of it feels like recycled corridors with uninspired designs and aesthetics. It really hurts to have to say that but when you have such a glorious roster of colourful character set on L.E.G.I.O.N’s industrial environments again and again, it starts to wear thin after a while. I can’t help but feel Agents of Mayhem would have benefited from some additional development time to create more interesting locations to play through. 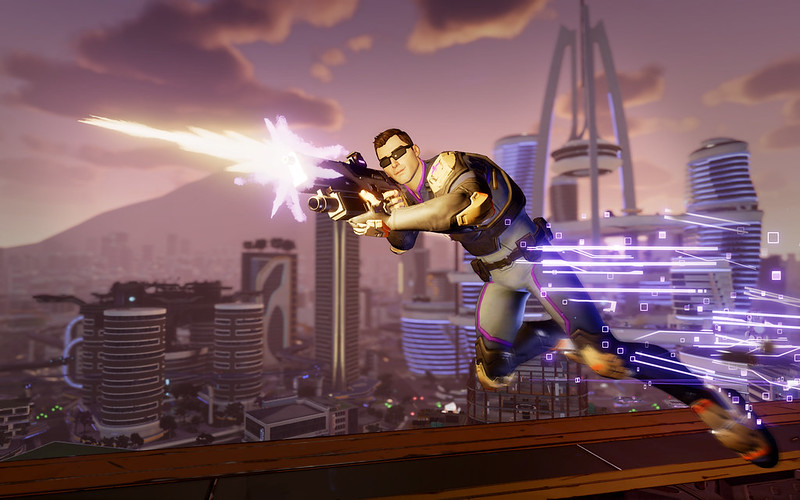 In addition, there are also hero-specific missions filled with cut scenes and backstory on each of the characters. These missions are highly enjoyable, providing some context and personality, helping to establish who the heroes are and why I should care about them. The missions themselves aren’t anything flashy but the insight made it rewarding to complete. It would have been nice to see more missions like this, but hopefully it’s something Volition can expand upon should a sequel be green lit.

Agents of Mayhem is a diamond in the rough. On one side, the mechanics, deep features, roster variety and art style are polished and the kind of quality we’ve come to expect from Volition. On the flip side, the level designs are bland and linear, the environments feels lifeless and it descends into repetition far too quickly. I really do hope that Agents of Mayhem gets a fan following as a sequel would correct many of the wrongs here, not to mention to massive potential I see in this series.

Agents of Mayhem is a diamond in the rough. On one side, the mechanics, deep features, roster variety and art style are polished and the kind of quality we've come to expect from Volition.