Nights of Azure, the latest title out of Gust lands in Australia and New Zealand on April 1st, exclusively for PlayStation 4.

Before the game makes it’s way to shelves, we had an opportunity to speak with Producer Kikuchi and Director Nakai who worked on Nights of Azure. Read the full interview below. 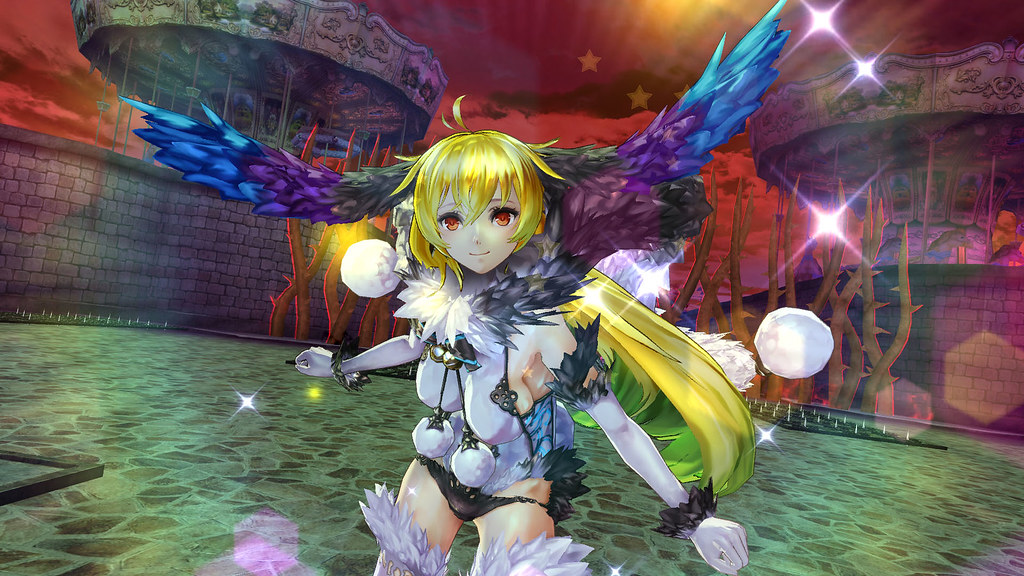 Esperino: Could you please tell us a little about yourself and your role working on Nights of Azure?

Producer Kikuchi & Director Nakai: The Nights of Azure was developed under the leadership of development producer, Kikuchi, who has previously worked on Fatal Flame and Deception. Director Nakai, who worked on CG management and planning for the Atelier series.

Esperino: The character designs are visually stunning, in particular Arnice’s different demon forms. Where did the team draw their inspiration from?

Producer Kikuchi & Director Nakai: At first each design of transformation was linked to the main weapons. During the development process, we called a dagger “Lunatic Blade” which was shaped as a rabbit, this was influenced by Japanese tradition where rabbits live on the moon. Using this, animals became the motif of design after the transformation is complete. 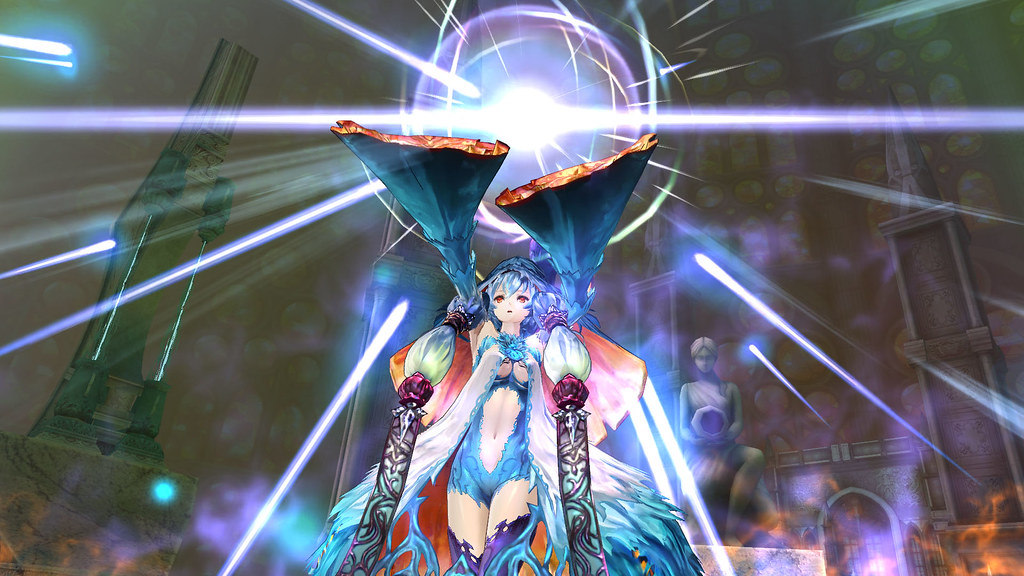 Esperino: Which is Arnice’s Demon Forms is your favourite and why?

Producer Kikuchi & Director Nakai: My personal favourite is the Phantom Form, this allows Arnice to call Servans freely as much as she likes. Using this transformation, players can enjoy the battle systems the most in this title.

Esperino: Tell us about Servans and their role in Nights of Azure.

Producer Kikuchi & Director Nakai: A Servan is a core part of the game cycle that players can enjoy collecting, raising and making combinations and to fight together. Servans are not only cute and cool to walk around with, they also have an important functional role as a substitute for weapons in the game. 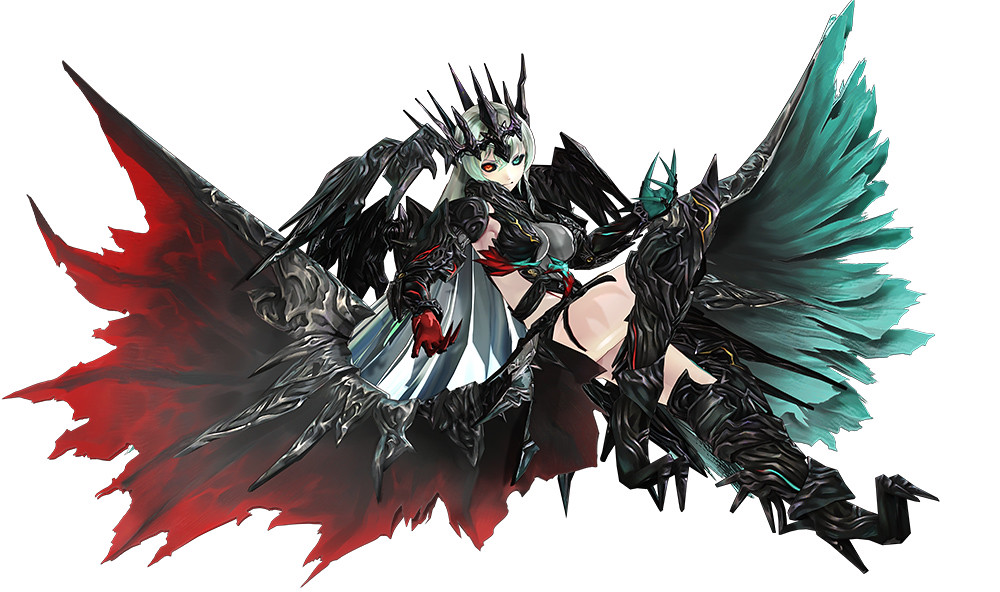 Esperino: Can you tell us a bit about the real-time battle system?

Producer Kikuchi & Director Nakai: The basic battle operation is close to the Warriors series also released by our company. During battle, players can control a maximum of four Servans, such as giving various instructions and letting them act out deathblows. Players can also easily change their combination of Servans and weapons based on that particular battle scenario. For example, players can use Servans as shields and let Arnice attack from a distance, or make a team with an attacker Servan and Arnice plays a supportive role. In this way, players can enjoy the various real-time battle systems available.

Esperino: Nights of Azure touches on darker tones compared with previous Gust titles, such as the Atelier series. How did the change in theme affect story telling?

Producer Kikuchi & Director Nakai: At first we tell a tragic story between the main character Arnice and heroine, Lilysse that would be difficult to resist. As for the battle system, we also set up the main character to fight with various Servans. Mixing these with a darker atmosphere of the world, which Director Nakai prefers, resulted in a dark fantasy game. 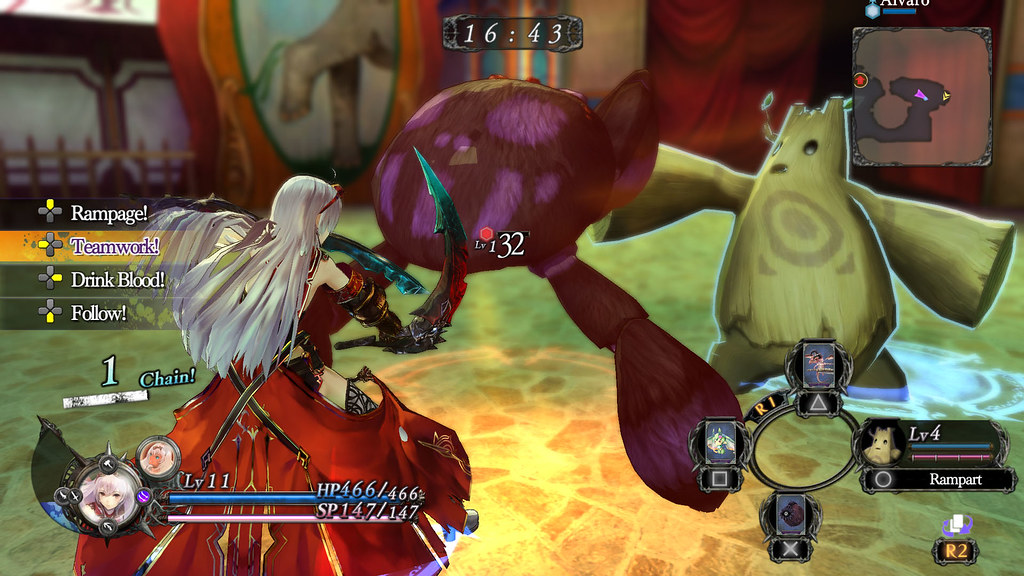 Esperino: What feature/s do you think Gust fans will enjoy the most about Nights of Azure?

Esperino: Were there any challenges involved in adapting Nights of Azure for the western market?

Producer Kikuchi & Director Nakai: We did not want to compromise on English titles upon overseas releases of this title. The meaning behind the English title, Nights of Azure is completely different from the Japanese title, but this expresses unique characteristics of a dark world. I really like the English title.

Esperino: Will there be more DLC made available in the near future?

Producer Kikuchi & Director Nakai: There is no plan to release any DLC currently. However, I personally would like to continue to develop a continuing series. With that in mind we will continue to explore various possibilities. 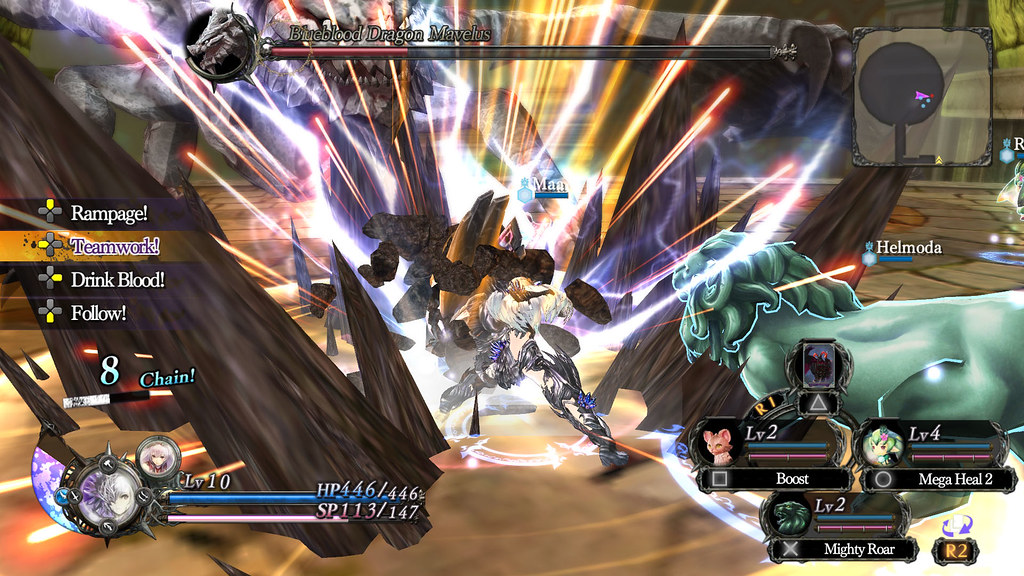 Thanks to the Producer Kikuchi and Director Nakai from Gust for graciously giving up their time to answer our questions. If you’d like to see more of Nights of Azure, check out the launch trailer below: